What is a suspended concrete floor 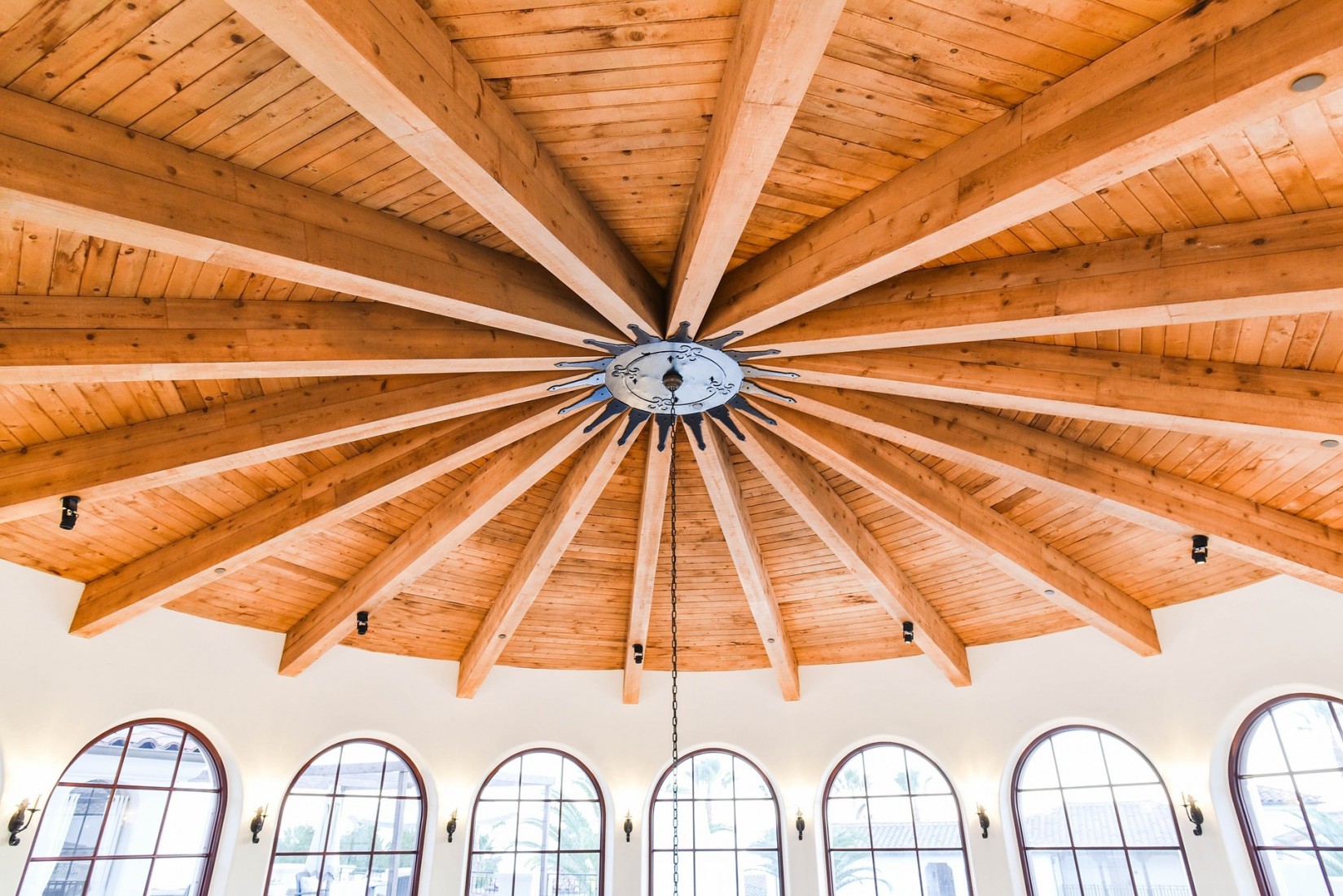 Simple wooden beam ceiling without filling - but in an unusual shape. Photo: Pixabay

Timber beam ceilings were the predominant ceiling construction in residential buildings well into the 1950s. After that, they were increasingly displaced by reinforced concrete ceilings. Especially in multi-storey timber construction, a third construction variant has recently been used more frequently: so-called wood-concrete composite ceilings.

The simplest form of a wooden beam ceiling consists only of wooden beams that rest on the load-bearing room walls at both ends, as well as wooden planks laid across the beams, which form the upper ceiling finish. If you look at such ceilings from below, you really only see the exposed beams and the boards attached to them.

However, one of the problems with this type of construction has always been the poor sound insulation. Wooden beam ceilings are comparatively light and therefore easily start to oscillate - for example when someone walks on them. That is why there is strong sound propagation through the ceiling, much stronger than with heavy and pressure-resistant materials such as concrete.

In order to counteract the problem of impact sound, the ceilings were often weighted down with the help of special fillings in earlier times. Bulk materials such as sand and blast furnace slag, but also straw loam or molded parts made of plaster of paris or clay were used as filling materials. This filled the spaces between the bars.

The prerequisite for this, of course, was that a second ceiling level was drawn in at the lower end of the beams on which the material could rest. With this lower edge, one can basically distinguish between two forms: on the one hand, closed ceiling structures in which the load-bearing beams are completely covered and, on the other hand, the so-called infill ceiling, in which only the space between the beams is covered from below. The bars themselves remain visible.

Reinforced concrete ceilings in an old building that is ready for demolition. Photo: Christa Nöhren / www.pixelio.de

However, all these measures to improve the sound insulation of wooden beam ceilings are of course associated with effort and costs. Reinforced concrete ceilings, on the other hand, offer good sound insulation “naturally”, can be installed at a lower installation height than wooden beam ceilings and can also be poured relatively quickly and cheaply on the construction site. Ultimately, this established its triumphal march in the second half of the 20th century. In addition, unlike wood, concrete does not burn.

Nevertheless, pure reinforced concrete ceilings do not only have advantages. In contrast to a wooden joist ceiling, they are installed damp and therefore need time to harden. Concrete is also more pressure-resistant, but less tensile than wooden beams. In addition, concrete only offers poor thermal insulation qualities. The heat storage capacity, on the other hand, is significantly higher than that of wood. If the ceiling is to be used for component activation, this is an argument in favor of concrete. But do you inevitably have to choose between wooden beam or concrete ceilings? Not necessarily, because there are also so-called wood-concrete composite ceilings that combine the advantages of both variants. These are currently playing an increasingly important role, especially in the construction of modern wooden skyscrapers. In addition, old wooden beam ceilings that are in need of renovation can also be reinforced with an additional layer of reinforced concrete. This may be cheaper than completely demolishing and rebuilding the ceiling. In addition, the old wooden beam look is preserved.

The construction principle is simple: a wood-concrete composite ceiling is basically a wooden beam ceiling, on the top of which a thin layer of reinforced concrete is poured. There are different techniques for connecting wood and concrete - for example special composite screws or anchors. These connecting elements are driven into the wooden beams of the ceiling from above. They protrude from these and are concreted in together with the steel reinforcement. This creates a frictional connection.

With a wood-concrete composite ceiling, you get the best of two worlds, so to speak: If you look at the ceiling from below, you see an attractive wood look, but at the same time the concrete layer ensures improved noise and fire protection. The concrete increases the pressure and load-bearing capacity of the entire ceiling, while the wooden beams ensure improved tensile strength. This allows larger ceiling spans without supports. Furthermore, the proportion of concrete enables thinner slabs, while the proportion of wood reduces the weight of the overall structure.

In multi-storey timber construction, timber-concrete composite structures have recently proven to be a suitable means of complying with fire protection regulations. The ceilings are intended to prevent fire from spreading from floor to floor. This can be achieved with appropriately designed composite elements. For example, in an eight-story wooden high-rise in Austria - the "Life Cycle Tower One" in Dornbirn - which was completed in 2012, the wooden ceiling is not only framed by concrete components from above, but also on the sides (see photo). This blocks the fire from getting through the ceiling.

You can find more about wood in the overview