What are the current issues in wastewater reuse

World water scarcity: why wastewater could be a solution

Water is finite. It is a resource that is increasingly being contested. Countries all over the world are suffering from water scarcity - also in Europe. Around a third of the area and around 11 percent of the European population suffer from water scarcity.

Scientists predict that climate change and rising temperatures will exacerbate the problem in the coming years. All the more urgently, experts everywhere are looking for a solution to the water problem. One thing is getting more and more attention: wastewater.

"There is no doubt that the potential for water recovery is very large. We do not yet know exactly how great it is," said Steven Eisenreich, professor of geochemistry and the environment at the University of Brussels, to Deutsche Welle.

The idea is simple: normally wastewater is treated, stripped of nutrients and then cleaned and released back into bodies of water, rivers and lakes. When wastewater is reused, however, the wastewater is cleaned so thoroughly that it can be used again immediately.

This is already happening in various countries, for example in the USA and Australia. Around a third of the treated wastewater is used for agricultural irrigation. This contrasts with 20 percent that are used to irrigate landscapes, such as lawns and golf courses. Overall, very little wastewater has so far been treated so well that it can be reused. In 2011 around 7 km³ of wastewater was reused around the world. That only accounts for around 0.6 percent of total global water use. 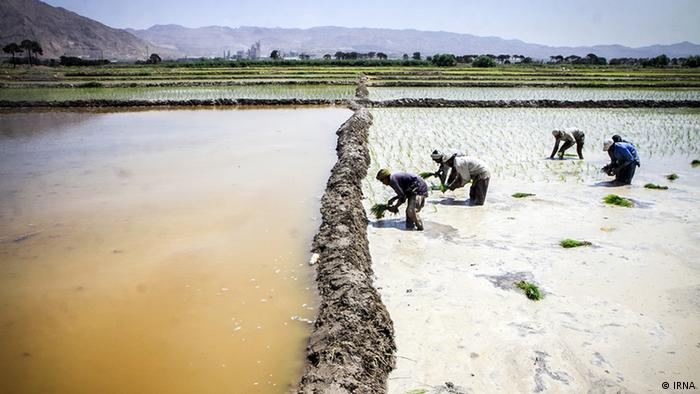 The President of the World Water Council, Benedito Braga, also sees “recycling and reusing wastewater as an important mechanism for coping with water scarcity”. He even thinks a step further and refers to Namibia. There, treated wastewater would even be reused as drinking water.

But that would not be accepted everywhere. In Europe, too, there are high concerns that wastewater is not clean enough. "The technology to convert wastewater into drinking water is there. But there is no support for it. And it is not foreseeable that it will exist in the future," says Eisenreich.

The situation is different in agriculture. Wastewater can become a real alternative, especially in regions suffering from water scarcity. Israel, for example, has very little water. At the same time, the country is leading in reusing its wastewater, as 90 percent of the wastewater is reused. As a result, Israel suffers from water scarcity, but at the same time has a mature practice in water reuse. 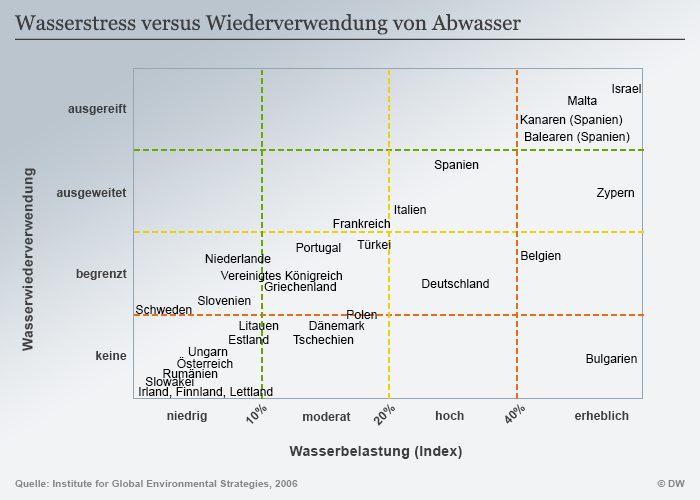 If the so-called "water stress index" is over 20 percent, it means that a country is under water stress. This also applies to states in Europe, not just in the south. Belgium is an example of a central European country experiencing water stress. Other countries such as Bulgaria also suffer from water scarcity, but hardly use wastewater as a resource.

Reusing wastewater is expensive because the wastewater treatment plants have to be modern and efficient. So far, not every country can afford that. Wastewater is basically cleaned in three steps. Only after the third, the tertiary, treatment is the wastewater free of all additional nutrients that could disturb the water cycle of the bodies of water.

However, so that wastewater can be used again without detours, it has to be cleaned more thoroughly. In around 40 percent of Europe's wastewater treatment plants, the wastewater is treated in all three phases. These would also have the prerequisites to purify the wastewater so thoroughly that it could be used directly for the irrigation of green spaces, for example. "But it can be clearly seen that the countries in Europe have been collecting more wastewater for some time and treating it with higher quality," says Caroline Whalley, project manager at the European Environment Agency.

Indeed, since a European Commission draft in 2012, wastewater treatment has become a priority within the European Union. Since then, many European countries have invested in wastewater infrastructure. With success. In Greece, just 10 percent of the wastewater was treated further in 2005; in 2015 it was 89 percent that received tertiary treatment. Other states like Romania, however, still have to catch up. 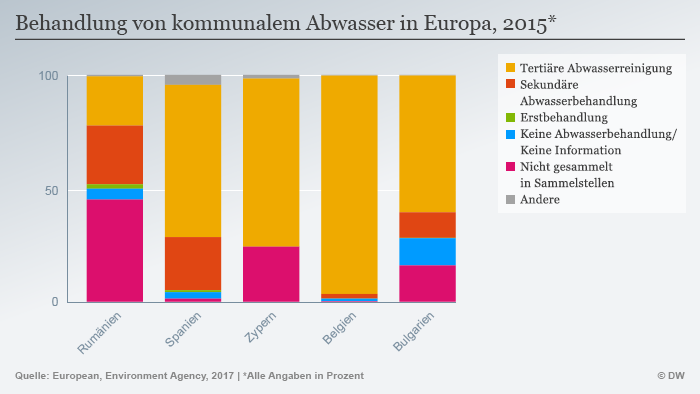 Most of the European countries suffering from water scarcity have already recognized wastewater as a valuable resource. Malta, for example, reuses around 90 percent of its wastewater. The problem: there are no uniform standards. "There are already European countries that reuse water. In doing so, they adhere to standards that they have come up with," says Eisenreich. For this reason, an initiative with minimal quality requirements for wastewater was developed in 2016. The proposals are not yet binding.

It is therefore still up to each European member state to decide how far it would like to use the wastewater resource. The fact that wastewater has become a resource at all is already a success. Seen worldwide, 80 percent of wastewater still ends up in the environment without adequate treatment. A gigantic waste - which the countries will not be able to afford for much longer in view of a changing climate and greater water scarcity.