Is it worth studying statistics at the university?

Statisticians are in demand: Salary and career opportunities

Numbers professionals can hardly save themselves from offers. But intelligent machines create uncertainty. 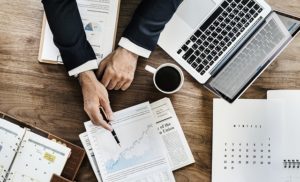 Anna Dobelmann originally wanted to become a pastry chef. But already after the first year of training, she knew: “This is not what I want to do for the next 50 years.” When her older brother was just changing subjects and toying with statistics, the 21-year-old from Herne looked more closely at it Course of study. "I found it interesting that you have so much freedom in statistics and that you can later specialize with minor subjects." She was interested in mathematics at school - "right up to the advanced course," she says with a smile. Now she is in her third semester studying statistics at the Technical University (TU) Dortmund.

We come across statistics very often in everyday life - whether in sports, gasoline prices or opinion polls. And whoever hears statistics, probably first thinks of dry numbers and probabilities, perhaps even of the bon mot - wrongly attributed to former British Prime Minister Winston Churchill - of trusting statistics that are falsified. “That statistics are nitpicking and a sober matter - that is a negative image. But that has changed in the meantime, ”says Walter Krämer, Professor of Statistics at TU Dortmund University. A few years ago, for example, the number of students in Dortmund was still below the target. In the meantime, however, there are significantly more young people who are interested in studying statistics after graduating from high school, says Krämer, thanks in part to intensive public relations work at schools. Terms such as big data, data science and data analyst make the subject more attractive. Google chief economist Hal Varian said in 2009 that statisticians were the "sexiest job of the 21st century".

But no dream job is without pitfalls, not even this one. “There is a big hurdle,” says scientist Krämer. “And that's called mathematics.” Many failed because of this, especially in the first semesters. Student Anna Dobelmann can confirm that. “Analysis, for example, is very demanding. You have to do that first, ”she says. But anyone who takes this hurdle has an optimal starting position on the job market: “The job prospects for statisticians are excellent. The unemployment rate of our almost 2,000 graduates is zero percent, ”explains Krämer.

The reason for this is actually obvious: Due to digitization and the growing use of sensors, large amounts of data are accumulating in more and more branches of the economy - keyword: big data. In order to gain knowledge from this data, there is an increasing need for specialists who have the tools to do this. Overall, however, they are scarce, which is not least due to the limited study options: In the Anglo-American region, most universities have their own Department of Statistics. In Germany, on the other hand, only the TU Dortmund University has its own statistics faculty, while statistics courses are offered by the universities in Munich and Magdeburg. Master's programs can also be found at only six other universities. So it's no wonder that young statisticians can usually choose between several job offers. In addition to traditional jobs at banks, insurance companies or in market research, well-paid positions in research, the pharmaceutical industry, logistics or mail order business await.

„We are desperately looking for specialists with statistical knowledge in various areas“, Says Frank Surholt, deputy press spokesman for mail order company Otto from Hamburg. Data specialists need it above all for the evaluation of customer and market data, in what is known as business intelligence. Loads of data were also generated in the online shop. A highly complex task, for example, is to make predictions for future purchasing behavior from existing data. “The experts' findings then influence, for example, how many washing machines are in stock at which warehouse location,” explains Surholt. The more precise the forecast, the shorter the devices would have to be stored. That saves costs and shortens delivery times. Instead of a few days, customers received their order within 24 hours, says Surholt.

“We are primarily looking for people who think outside the box and who think outside the box,” says the Otto spokesman. For example, when a certain article is in particularly high demand depends on many factors. For example, the t-shirt of the presenter of a popular TV show could have a strong impact on demand - data scientists should also have such realistic aspects on their screen. Those who prefer to work alone in a quiet little room, on the other hand, have less good prospects. After all, work is organized in agile teams, and data experts have to constantly exchange ideas with other specialists such as programmers.

Bernd Schmitz also confirms the growing demand for statistics experts. The head of personnel marketing at the chemical and pharmaceutical giant Bayer from Leverkusen names intercultural skills as a key qualification for globally active companies. There is still no shortage of entry-level positions. But for many tasks in the company, specialists are required who ideally have already gained work experience during their studies. “People who specialize in biostatistics or who have completed an internship in development lasting several months are very rare,” he says. As a rule, the specialization can also be made up later, but it is always a clear advantage.

Alexander Gerharz from Munich describes the fact that university education and professional practice sometimes differ greatly. The 23-year-old is studying statistics in his third master's semester at the renowned Ludwig Maximilians University (LMU), works as a student trainee and says: “Even in the first few days on the job, it becomes clear that the university is often about ideal cases. The reality is then usually more complicated. ”Another challenge is to make the results understandable to customers without in-depth statistical knowledge, for example through visualization. For example, he could very well imagine a future in statistical consulting with customers from different areas.

Walter Krämer from the TU Dortmund refers to another field for statisticians with high needs and therefore very good prospects: official statistics. “There are around 1,000 academic positions to be filled across the EU in federal and state statistical authorities and in municipal statistical offices - every year,” he says. In an essay, Markus Zwick, honorary professor of statistics at Goethe University Frankfurt, describes the challenges that big data brings with it for this branch of statistics. Research consensus is that “the profile of the future official statistician will change in many areas”. In addition to statistical knowledge, IT skills and analytical expertise, management skills, communication and visualization skills are increasingly in demand.

The problem, however, is that statisticians often earn significantly better in the private sector. At the same time, the requirements are very high: "University training in statistics is generally not sufficient for practical statistical work in statistical offices," writes Zwick. That is why most offices offer internal training courses - but these are expensive. The EU Commission seems to be increasingly tackling the shortage of young talent: since 2014, it has been developing the European Master in Official Statistics (EMOS), a postgraduate, Europe-wide master’s program. Universities from 14 EU countries are now involved in the network.

Discover professional statistics books at Thalia.de and save with a Thalia voucher.

Overall, the future prospects for statisticians are bright, and the areas of application are diverse. The question remains whether they will be replaced at some point - namely when intelligent machines can develop statistical models themselves. René Mathieu, 26 years old and a master's student in Dortmund, is not worried about that. He sees computers more as a tool. “The decisive question is always what I actually want to find out. If in doubt, you can also do this on paper. "

This is how Walter Krämer from Dortmund sees it: The machines are superior in some areas, especially when it comes to "finding the needle in the haystack". In other words, where it is important to find minimal, statistically relevant deviations in huge amounts of data. "But it remains: In applications such as drug research or weather forecasting, the most important thing is a good model. And people can do that even better now and for the foreseeable future, ”says Krämer.

All rights reserved © Frankfurter Allgemeine Zeitung GmbH, Frankfurt am Main You can purchase rights of reproduction and use for F.A.Z.contents at www.faz-rechte.de

Our offers for you