What is useful for anything 1

While wasps are a nuisance, they are also very useful. Five reasons why wasps aren't all that bad. 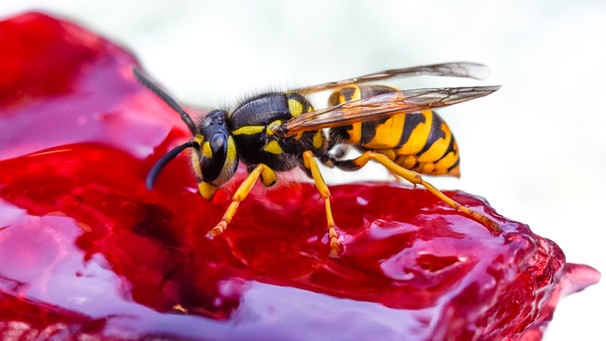 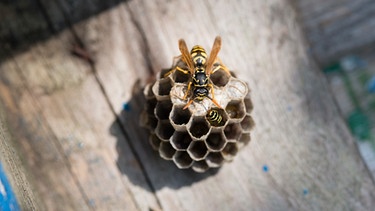 Wasps build their nests out of wood, plant debris and their own saliva.

According to the Bund Naturschutz there are several hundred species of wasp in Germany. Most of them live solitary. This means that a female takes care of her brood all by herself, without the help of others. However, there are species of wasps that coexist in states during the summer. After her hibernation at the end of March, the queen begins building the first honeycomb and thus founds a new colony of wasps. Unlike bees, wasps do not build their nests from wax, but from collected wood and plant fibers mixed with saliva. The queen lays an egg in each cell and the larvae are fed and raised together. The larvae are fed in several shifts and with only about 3 hours of sleep per wasp. Each wasp comes back to the nest about twice an hour with larval food or building material. So wasps are social and very hardworking.

As long as wasps take care of their brood, they are practically invisible to us humans. During this time they only collect protein-rich food for their offspring, i.e. flies, mosquitoes, spiders, caterpillars, aphids and all sorts of other pests. The larvae of all these insects are also a good source of food for wasps. Wasps are therefore effective pest fighters. The wasps are particularly busy in July, when the queen lays up to 300 eggs a day. During this time, wasps also like to nibble on grilled meat or sausage.

The young wasps hatch in August. These now need sugar to survive, i.e. tree sap, flower nectar, windfalls or human food with sugar. At this time, wasps often become bothersome and aggressive. Two species of wasp in particular stand out negatively in Germany: the common wasp and the German wasp. If there is a wasp around, stay calm and don't hit it. The wasps are concerned with survival, which is why they sometimes sting. The search for sugar, however, has a positive effect: whenever a wasp flies to a flower, it carries pollen from flower to flower and thus pollinates the plants, just like bees.

4. No figs without wasps 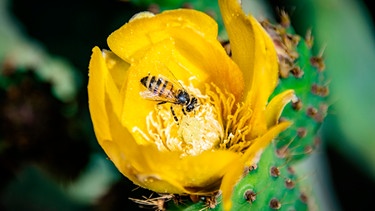 Only the fig wasp can pollinate a fig flower.

Wasps play an important role, especially for fig trees, because fig wasps are the plant's only pollinators. The real figs only have female flowers, so they cannot reproduce by themselves. To do this, the plant needs the pollen of the goat fig, which has male and female flowers. The fig wasp lives in the male flowers. It builds its nest in the bloom of the goat fig and also lays its eggs there. When the females of the fig wasp fly out, they carry the pollen to the real fig and fertilize it.

5. Wasp sting is less painful than a bee sting

If wasps feel threatened, they sting. It's painful, but not as painful as the sting of a bee or a bumblebee. In contrast to bees and bumblebees, wasps do not lose their sting when they sting. The stinger is smooth and has no barbs. So it is immediately released from the human skin. This is a good thing because it means that very little poison gets into the body. The severed sting of a bee continues to pump venom under the skin - more than ten times as much as a wasp sting. This is why wasp stings are less painful.

If the insects get too annoying and they are afraid of being stung, then there are many simple tricks to get rid of the wasps - this really helps against wasps.