New action film from Christopher Nolan: War of the Times

Forwards, backwards, square action: In “Tenet” by Christopher Nolan, the protagonists travel through time and the balls fly backwards. 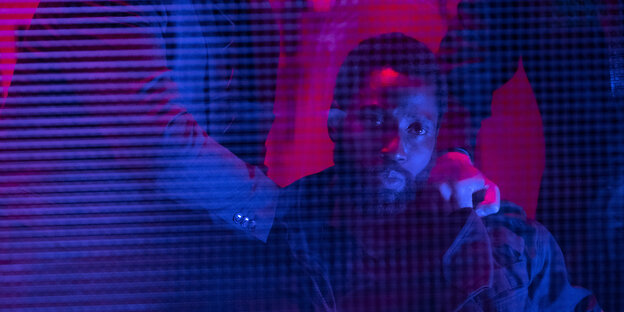 The agent as the main character in "Tenet" is only called the "protagonist" (John David Washington) Photo: Warner Brothers

A concert hall before Corona times: the last visitors fill the remaining seats in the already well-filled rows, the conductor knocks on his desk with his baton. But instead of the first bars of the concert, the sound of an explosion fills the room, armed men rush into the hall from all sides and shoot around.

Later in the film, the viewer will repeatedly wonder whether what you see at the beginning of Christopher Nolan's film “Tenet” is also the beginning of the story. In the shooting in the Kiev Opera, various factions of armed men fought over different things. A mysterious metal object is to be captured, an informant is to be freed - what is the event and what is a cover maneuver is unclear. The chaos at the beginning of "Tenet" is the prelude to a brilliant action film.

The informant is released, but part of the team is caught. Only one of the team survived, was taken out of the country and was given a single word as the starting point for the next mission: “Tenet”. The nameless protagonist is placed on a wind turbine on the sea in order to bring him back into the game inconspicuously. He returns to shore in a maintenance ship and then follows the trail of ammunition moving backwards through time. The bullets fly out of the bullet holes in a wall, which close again behind the bullets. This film trick of playing the recordings backwards is, with some theoretical superstructure, the basis of Nolan's film. 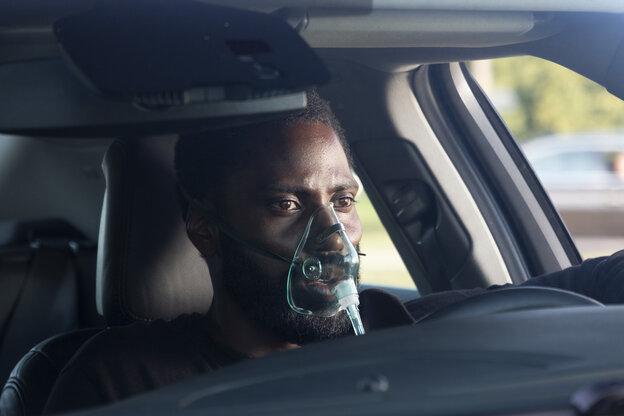 It's not about Corona, but the “protagonist” (John David Washington) of “Tenet” wears a mask Photo: Warner Brothers

Following the trail of ammunition, the protagonist travels around the world, meets a Russian super villain and takes up the fight to save the world.

You may now roll your eyes: Christopher Nolan and complex time structures. Ever since Nolan shot “Inception” ten years ago, his name has been inextricably linked with a narrative game in dealing with time. This is also the case with “Tenet”. Even the title "Tenet" (German: proposition, theorem) refers to a structural game, the so-called sator square: The square is structured like a meta-palindrome, in which not only can each word be read both forwards and backwards but the words themselves form a sentence that can be read from all corners of the square.

In Nolan's “Batman” films, the preference for complex structures often stood in the way of the action, and depending on your preferences, you might or might not like the films. The structure of “Tenet” has also been worked out, the palindrome structure runs through the film and sometimes reappears in details. At the end of the film, you don't know at which point in the narrative the film began.

There are other reasons that “Tenet” is absolutely worth seeing: On the one hand, Nolan's film with its fight of the present against the future in order to have a future is charged with a further level of meaning with the current pandemic in mind. When the protagonists of the film finally begin to travel through time themselves in order to prevent events, it can be stated: there is glory in prevention.

On the other hand, Nolan has learned from the political scolding he received three years ago for his World War II drama "Dunkirk". "Dunkirk" has rightly been accused of omitting Indian units from the rescue of British soldiers trapped on the French Atlantic coast.

Waited for the cinema release

At the beginning of the film, “Tenet” lets the black protagonist (John David Washington) experience the whole racism of British elite clubs and their imperial history when he has lunch with an expert on the British secret service (Michael Caine). The waiter looks at the protagonist disapprovingly and "Sir Michael" starts eating without his counterpart. Even beyond the protagonist, the cast of the global plot is appropriately cast in dark colors; so much so that Kenneth Branagh's embodiment of the Russian super villain with a throaty accent and constantly hoarse voice is uncomfortable.

Nolan's “Tenet” is an all-round successful action film. As always with Nolan, the film is designed with the cinema as the primary screening location during production. Nolan has consistently refused to allow the film to be streamed and insisted on the film launching in theaters. He accepted the time delay. In addition to the digital version, there are also 70 mm copies of the film, which further enhance the experience of the images and, above all, the sophisticated sound track. “Tenet” marks the return of big cinema - it remains to be seen for how long.