What is rRNA mRNA tRNA

If you've worked through this page, you should

During transcription, a narrowly limited section of DNA, usually a gene, is rewritten into an RNA copy.

How is RNA different from DNA?

Both are nucleic acids, i.e. they occur in the nucleus of the eukaryotic cell or in the interior of the prokaryotic cell. 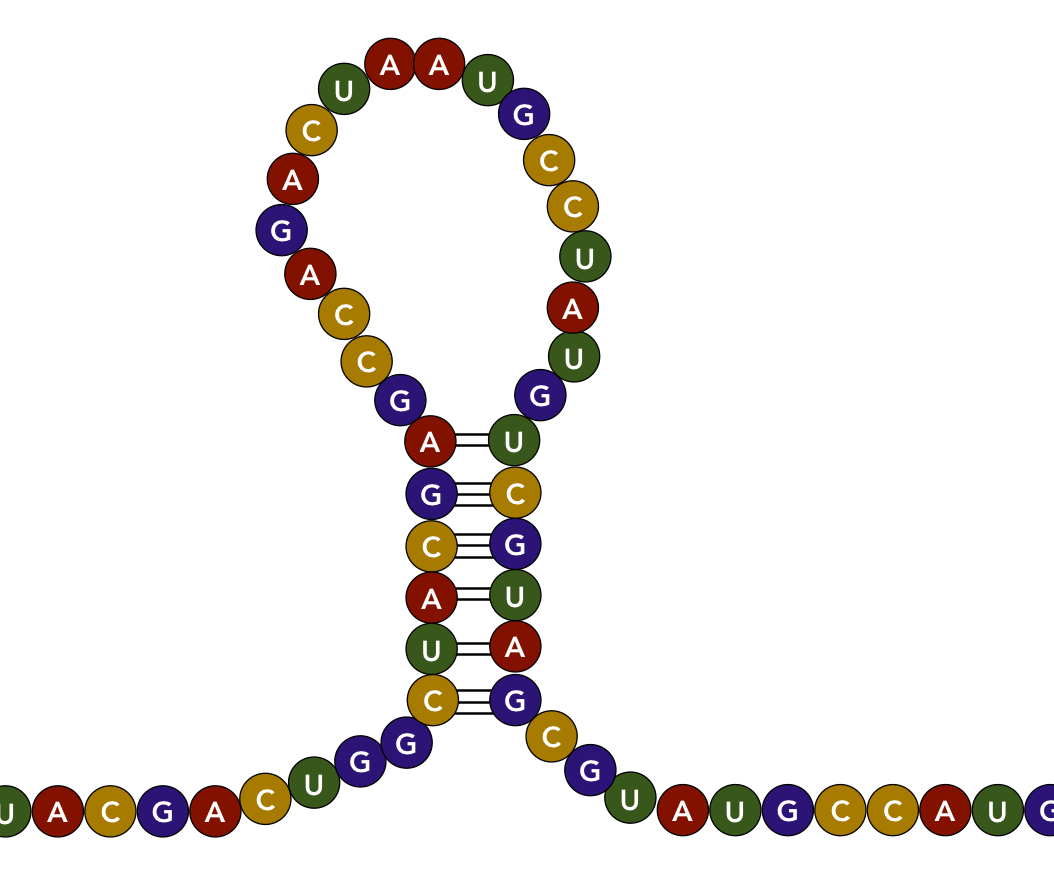 Formation of a hairpin loop through intramolecular base pairing

Let's get to the more subtle differences. In DNA, the sugar deoxyribose occurs in the backbone.

There is no OH group attached to the C atom 2 of the ring, as is usual with sugars, but only a lone H atom. I can only speculate about why this is so. I think that the DNA is a bit more stable due to the missing OH group than if there were still a real OH group that may form bonds with other molecules or parts of the molecule.

In the case of RNA, on the other hand, the "correct" ribose occurs as a sugar component.

In contrast to DNA, RNA is single-stranded and can assume all possible spatial structures, ribose occurs as a sugar building block, and instead of the base thymine, the base uracil occurs in the RNA.

The following table shows the three most important types of RNA in the cell:

All RNA types together are 5 to 10 times more common than DNA and thus make up the majority of the nucleic acids in all cells. The ribosomal RNA makes up the largest proportion with 80% of the RNA. It is mainly responsible for the structure of the ribosomes. We have just got to know the messenger RNA, it plays an important role as a "messenger" in transcription. Finally, the transfer RNA plays an important role in translation as the "workhorse" for the amino acids that have to be transported to the ribosomes and incorporated into the resulting protein. I will go into more detail on the various types of RNA on the relevant pages.