The head freshly shaved, tired look, poker face. Alexei Navalny, currently Russia's most prominent prisoner, reported from prison on Monday with a first photo and a message on social networks. "I never thought that you could run a real concentration camp a hundred kilometers from Moscow," he wrote on his Facebook and Instagram profiles.

A prison within the penal colony

The 44-year-old opposition politician was relocated to the IK-2 penal colony in the provincial town of Pokrov, around two hours' drive east of Moscow, where he will spend the next 2.5 years. In early February, a Moscow court changed Navalny's previous suspended sentence for an alleged economic crime to imprisonment for violating reporting requirements. It is about the time when Navalny was in Germany, where he was medically treated and cared for after being poisoned in Russia with a warfare agent.

In the few lines that Navalny apparently let spread through his lawyers, he describes his penal colony in his typically ironic manner as a "friendly concentration camp" in which there is no abuse and everything is strictly regulated. He has not yet seen "even a hint of violence", but when he watches prisoners standing at attention who are "afraid of moving their heads", he likes to believe in stories about how there "only recently people with wooden hammers should have been beaten half-dead ".

Because the law enforcement authorities classify him as "at risk of fleeing", Navalny is being monitored particularly closely. At night he is woken up every hour because an officer is filming him with a video camera and announcing the time out loud. Navalny sent greetings to his supporters from "Reinforced Control A Sector". According to Russian media, it is in fact a prison with even stricter rules within the IK-2 penal colony.

Isolation and warnings as part of psychogenic pressure

Russian penal colonies have been notorious for harsh conditions for decades. Unofficially, a distinction is made between "red" and "black" prisons. In the case of the "reds", the administration should determine everything and enforce the strict rules with the help of other inmates. In the "black" penal colonies, on the other hand, the convicted criminals would have more power and enjoy certain freedoms. The penal colony in Pokrov, in which Navalny is incarcerated, is considered "red," Konstantin Kotow told DW. The 36-year-old opposition activist sat there himself. In 2019 he was sentenced to one and a half years in prison for violating the right of assembly in Moscow. He was only recently released. 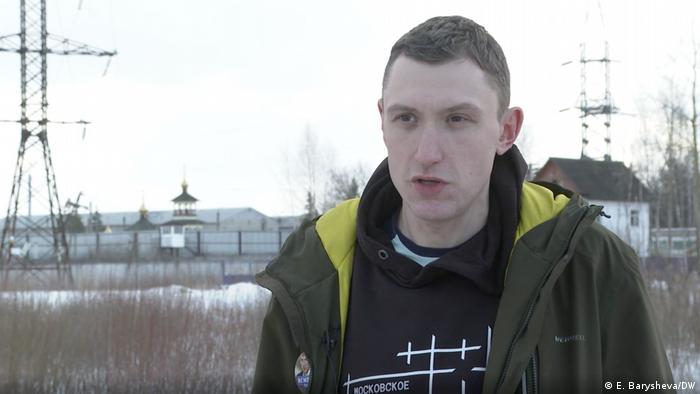 According to Kotow, he himself did not experience any physical violence, but he did hear and see other inmates being beaten. "Strikes on the heels are particularly common. You lie on the floor, take off your shoes, stretch your legs up, and then get hit on your feet with a wooden leg from a stool, for example. It hurts a lot."

Kotov doesn't think Navalny is threatened with something similar. Rather, the opposition politician is threatened with psychological pressure, such as solitary confinement, as Kotow experienced during his detention. There are only few internal and external contacts, hardly any conversations with other inmates. Kotow says that he was warned six times, among other things because another inmate had given him his gloves. "I was admitted in November 2019, it was already cold in winter and I should have been given gloves in the penal colony," says Kotow. "But I was told there were none in stock. In the penal colony you spend a lot of time outside, for example an hour in the morning and an hour at roll call. You have to keep your hands behind your back, it is forbidden to put them in your pockets I was freezing and another inmate gave me his gloves. In the end, we were both warned. " According to the Russian media, other inmates in IK-2 have had similar experiences. 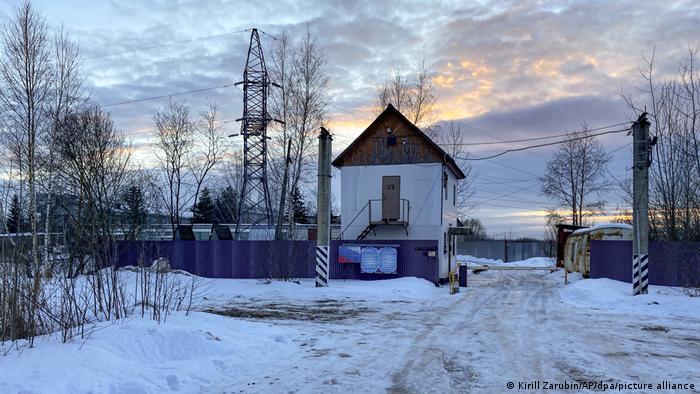 Other reasons for warnings during his detention were, for example, that he did not greet an employee of the institution or did not button the top button on his clothing, says Kotow. Such warnings can lead to solitary confinement and generally make early release more difficult. In addition, an inmate could end up in a quarantine unit, where a lot of emphasis is placed on drill. "It's not about isolating people with illnesses or making it easier for newcomers to get started, but about letting prisoners suffer," believes Kotow. For example, you are forced to "exercise ten times a day" and report back every time you are approached by an employee.

Navalny is still in quarantine as a newcomer. It is unclear what kind of work awaits him in the penal colony. The Russian research platform "The Insider" reported at the beginning of March that inmates of the IK-2 were alleged to have sewn male underwear, including underpants, for employees of the Russian Federal Law Enforcement Agency.