New hope for a deal?

Thornton House in rural Cheshire is a country hotel primarily used for weddings. British Prime Minister Boris Johnson and his Irish colleague Leo Varadkar met there for three hours on Thursday. In the end, they did not throw in the towel, but said they saw a way to an agreement. Maybe it was the spirit of the place that inspired the two politicians or is it just another chapter in the "Blame Game"? Neither side wants to be caught guilty of breaking off the negotiations.

What is in dispute?

During the week the EU presented the UK side with a longer list of problems with Boris Johnson's latest plan. He had recently proposed that Northern Ireland should continue to recognize the rules of the internal market for agricultural and other products. On the other hand, he definitely wants to free the British region from the customs union. In principle, this would mean that there would have to be border controls between the Republic of Ireland and Northern Ireland, because both sides would then live in a different customs regime.

Because this must be avoided at all costs under the Good Friday Agreement, Johnson suggested that most of the controls and customs declarations should be carried out with the manufacturers using technological solutions. At the same time, he wants to exclude small and medium-sized companies entirely. In this way, the entire Irish economic area could continue to function without border controls challenging the dreaded resurgence of attacks by IRA successor organizations. 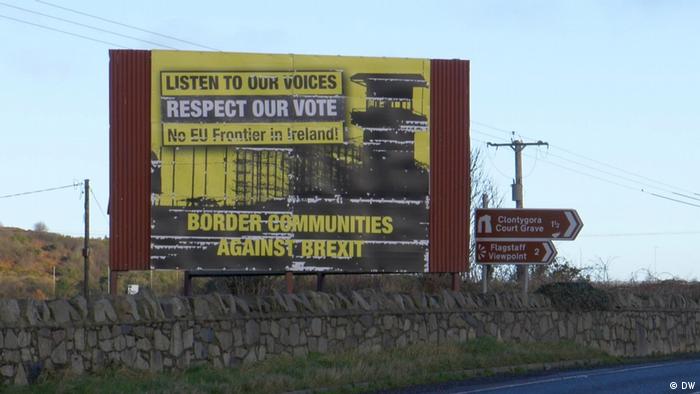 Desperately wanted: a solution to the border problem in Northern Ireland

The details of this regulation should, however, only be determined by a joint commission in the course of the transition period beginning after Brexit. The whole thing is more sketchy so far, but British diplomats in Brussels complain that the EU rejected these plans too summarily and did not deal with the technical details. We are still waiting for a counter-proposal from the Europeans. However, they think that the Northern Ireland problem and its solution lies with the British.

The criticism from the European side and the Irish government was quite extensive. The new EU external border would be wide open without controls and a paradise for smugglers. A resulting difference in VAT on both sides would pose a real challenge to cross-border illegal trade. In addition, Brussels does not trust the British with correctness in customs invoices. For years there has been a dispute with London over billions of dollars in lost tariffs for the illegal importation of Chinese shoes and other goods.

In addition, the EU does not agree to allow exemptions for around 90 percent of all Northern Irish companies that fall under the classification as Small and Medium-Sized Enterprises (SME). In fact, this would mean that Northern Ireland could continue to trade duty-free with the EU, but on the other hand would be part of a new British customs regime. 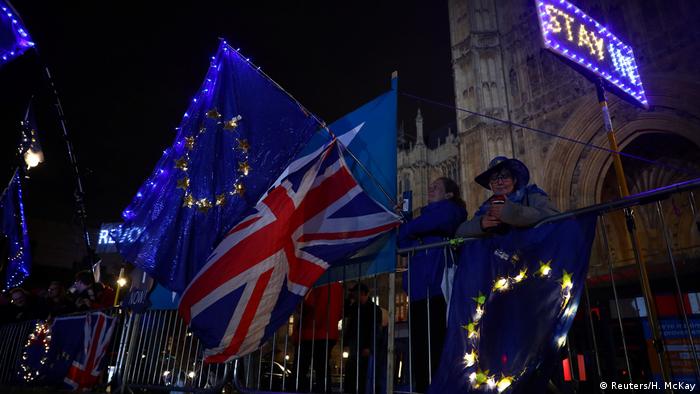 Can the hard Brexit still be averted?

In addition, the government in Dublin is concerned not only with the actual problems with money and rules, but also with the identity of the residents on both sides of the border. If the border were redefined and more sharply defined by leaving the EU customs union, this would also affect the sense of community among the Irish.

The question of consent is also particularly controversial. The British government wants the political representation in Northern Ireland to agree to the agreement. And with a double majority - both of the unionists in the DUP and the Irish nationalists in Sinn Fein. This approval should be renewed every four years, which the EU rejects because it faces blackmail attempts or insecurity from the stubborn pro-British DUP every four years.

Where is the way out?

The European side has so far waited in vain for further noteworthy compromises from the government in London. She pointed her finger at the Europeans and began this week, among other things, with falsified Merkel quotes to shift the blame for the failure of the talks to Berlin. So they seemed to be preparing for a no-deal.

After the remarkably friendly talks between Boris Johnson and Leo Varadkar, it now seems as if a door is opening again for an agreement. However, a possible path to a deal does not mean that the negotiating partners will also commit it. And the interpretation of the brief statement made by the interlocutors in Thornton on the Irish and British sides seems to diverge. The latter were rather mutedly optimistic about the results.

A deal is possible until the end of the month

Leo Varadkar, in turn, seemed almost enthusiastic after meeting Boris Johnson. He called it "very positive and promising" at a short press conference. The Irish head of government is now convinced that Ireland and Great Britain are striving for an agreement that is in the interests of both sides. Both prime ministers agree that there is sufficient movement and thus a basis for substantial negotiations.

The outline of a deal could be ready by the summit next week, said Varadkar, although there is still a distance between "the cup and the lip" and there are further challenges. "But I hope that the meeting today will provide the basis for the negotiations in Brussels to continue". He sees a way to an agreement in the next few weeks.

The Irish Prime Minister went on to explain that there are of course unresolved problems: for example, that of democratic approval in Northern Ireland, as well as the whole customs issue and keeping the border open. However, what exactly are the central controversial questions between the two sides, what secret concessions, hopes or promises Boris Johnson made to his Irish counterpart remains hidden for the time being. The only thing that is clear is that EU negotiator Michel Barnier and his British colleague David Frost should really start the negotiations in Brussels from Friday.