What is the best argument against theism 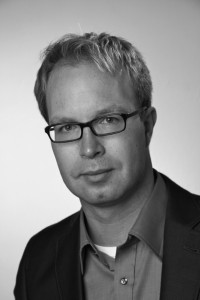 In the following, by the theism-atheism dispute I understand the conflict between two opposing ontological positions. If the theist claims that God exists, the atheist claims that God does not exist. In terms of terminology, the theistic and the atheistic thesis are not in a contradicting relationship, but rather in a contradicting relationship: it is not only impossible that both are true at the same time; it is also impossible that both are wrong at the same time. Accordingly, the theism-atheism dispute does not allow a third position that would compete with the theses of the theist and the atheist. Agnosticism is often cited as an alternative, but the thesis advocated by the agnostic that God cannot be recognized is an epistemic one that is neutral to the ontological theses of the theist and the atheist.

It is characteristic of the concept of the burden of proof in Roman legal tradition that it assumes a certain asymmetry between the parties to the dispute. That's the way it is onus probandi in accordance with ancient criminal law, always with the defendant, while the defendant enjoys the presumption of innocence. Such an asymmetry makes the transfer of the concept of the burden of proof from the language of jurisprudence to the theism-atheism controversy seem problematic: Who should be the plaintiff here, who should be the defendant? Theism and atheism are - apart from legal systems like that of Saudi Arabia - not criminal offenses, but ontological positions, for which the person who represents them has to argue. If one follows this symmetrical view of the situation, the question of whether the theist bears the burden of proof must be rejected as misleading. In the theism-atheism dispute there is no such thing as the Burden of proof that would only fall on one or the other party. Instead, there is an obligation to give reasons, which both parties have to satisfy equally. Just as the theist must argue for the truth of the proposition "God exists", so the atheist must argue for the truth of the proposition "God does not exist". Because what is decisive for the obligation to give reasons - according to the central intuition of this view - is the act of an assertion and not its specific content.

What makes the outlined symmetrical view with its focus on the act of assertion and its marginalization of the assertion content problematic is the reference to self-immunizing propositions, which for reasons of principle cannot be refuted at all. A beautiful example of such a thesis, in which, due to its own content, it is already excluded by definition that its adversarial opposite could ever be shown to be true, was given by B. Russell in an essay written in 1952 entitled “Is There a God? “Delivered by means of a thought experiment: If we were to claim that a Chinese teapot is moving in an elliptical orbit around the sun somewhere between Earth and Mars, and add, as a precaution, that this teapot cannot be seen even with our best telescopes, that would be one Assertion of existence impossible to refute. Nevertheless, it would be nonsense to conclude from this non-refutability that it is an unbearable presumption of human reason to even doubt the existence of such a teapot. The existence of God - we follow Russell - is similar to the existence of the Chinese teapot: It too is impossible to refute, which does not mean that one should not doubt the existence of God. Rather, in the case of such ominous assertions of existence, which combine the ontological postulation of an entity with the assurance of the epistemic inaccessibility of this very entity, it is not the one who denies its truth, but only the one who stands for its truth: “Many orthodox people speak as though it were the business of skeptics to disprove received dogmas rather than of dogmatists to prove them. This is, of course, a mistake. "

Russell's position seems plausible, as it can be based on the well-known principle ultra posse nemo obligatory support, according to which every duty and thus every obligation to justify is limited by what is feasible: If one understands the content of the theism thesis in such a way that its contradictory opposite cannot possibly be justified, then the duty to justify does not apply to those who support the atheism thesis believed to be true. If, on the other hand, one adheres - as the symmetrical view requires - to an obligation to give reasons that both parties have to satisfy equally, the atheist would be obliged to solve a problem that cannot be solved at all. And that would be crazy.

But is it not - one could ask back at this point - not the same for theist? If one understands God as something epistemically inaccessible, then not only the theism thesis but also its adversarial opposite is impossible to refute. Consequently, the theist is also confronted with an obligation to state reasons, which he cannot satisfy, and the appeal to the principle ultra posse nemo obligatory The only consequence seems to be that the symmetrical view is right insofar as both adversaries are relieved of their obligation to state reasons. (Contrary to the first impression, such a consequence would incidentally not be very pleasing for both opponents, since it would feed the suspicion that the thesis in dispute is neither true nor false, but simply pointless.)

In view of this supposed stalemate, it is necessary - if one would nevertheless argue for an asymmetrical view and only want to impose the obligation of justification on the theist - to bring another principle into play with the arguments: the ontological parsimony principle: If the burden of proof were to be different than in the distributed in the manner required by Russell, then the theist, with his claim to existence that is impossible to refute, would in some way achieve a victory, but this would be a kind of Pyrrhic victory with the opposite sign. Not the ontological losses would be too great, but the ontological gains, if one would have to accept - besides the existence of God and the Chinese teapot - also the existence of a flying spaghetti monster, an invisible pink unicorn and other peculiarities, the so-called fun religions like to be cited. Even if some theists are happy about such an enriched ontology, it would in any case be incompatible with the frugality-bound reality assumptions of scientific theories.

Dr. phil. Hartmut Westermann is a research associate on the DGF research project “Identity and Difference in Form of Thought and Metaphor. Range determination and interference analysis of two theological forms of thought in comparison with the body of Christ metaphor ”at the Free University of Berlin 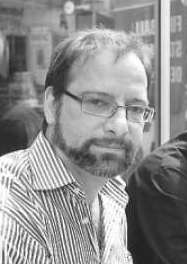 “The wind sounded like a titan song, it seemed to him as if he could clench a monstrous fist up into the sky and pull God over and drag him between his clouds; as if he could grind the world with his teeth and spit it in the face of the Creator; he swore he was blaspheming. So he came to the top of the mountain, and the uncertain light stretched down where the white stone masses lay, and the sky was a foolish blue eye, and the moon was in it, quite ridiculous, simple-minded. Lenz had to laugh out loud, and with his laughter atheism reached into him and seized him quite safely and calmly and firmly. He didn't know what had moved him before. ”Büchner does not describe atheism here as an option or a thought experiment, he gives it the profile of a tangible, self-evident fact. It is the experience of an unhoused world condensed into evidence that invalidates the protest; a world without vaults and without a sign of saving intervention. The features of the dead child, "this silent face" will rot. Laughing signals: It can't be any other way.

Of course, theism in the form of an omnipotent and all-benevolent Creator is also off the table. As a creation, the world would not be perfectly “good”, or “good” only in a sense that just as little excludes the destruction of humanity as it does later on the calculated death of the daughters and sons of Job. After all, it would also have a side turned towards us, a surplus that asserts itself in the fact that the world is recognizably provisional, that, as it were, there is still room for improvement. The world would be recognizably provisional with ciphers that reveal a sacred dimension in it - the face in the features of the dead child, the stone masses and the uncertain light, which are wonderful if we do not talk them to death. The world would therefore not be trusted, on the contrary. It had a secret, and more than one to seek that we could ask to be resolved. But if there is nothing that transcends this world, neither the blasphemy nor the clenched fist is worth it: the atheism that grips Lenz, calmly and securely grasps it, at least for the moment, is enough for itself.

This constellation may make it clear that the debate between theism and atheism is not literally about assertions. If there is anything to be discussed at all, proofs of God and theistic arguments are the attempt to say in profane form that our lives only gain substance through an orientation towards values ​​(but “value” is hardly the correct expression) that not us, through consensus or by force, create, but to which we respond. And it is no coincidence that this attempt remains caught in the paradigm of production and positing, which it surpasses creation theologically.

For sure, as long as When it comes to assertions, it is always the theist who has to bear the burden of proof - affirmanti incumbit probatio. The chances of success are probably not particularly great. We can imagine the atheist as the perfect return player (beyond whom there is no better conceivable) who successfully counters every argument until the theist hits the ball into the net or out. In the end, the theist may appeal that his ‘truth does not lie in the field. The atheist need not turn to that. However, it should make him think that he wins every rally against the theist, but does not score any points of his own. Because the atheist himself will only score points if he in turn takes on the burden of proof that values ​​generated by human hands and minds are sufficient to make up for what is missing. Lenz was not of this conviction, even when he “seemed quite sensible” again and spoke to people; “He did everything as the others did, but there was a terrible emptiness in him, he no longer felt any fear, no more desire; his existence was a necessary burden to him. - That's how he lived. "

Dr. phil. Dominic Kaegi works at the Jaspers Research Center at the Heidelberg Academy of Sciences.