What is multichannel audio

SPECIAL: Multi-channel entertainment at home - audio, video, network - what are the options? 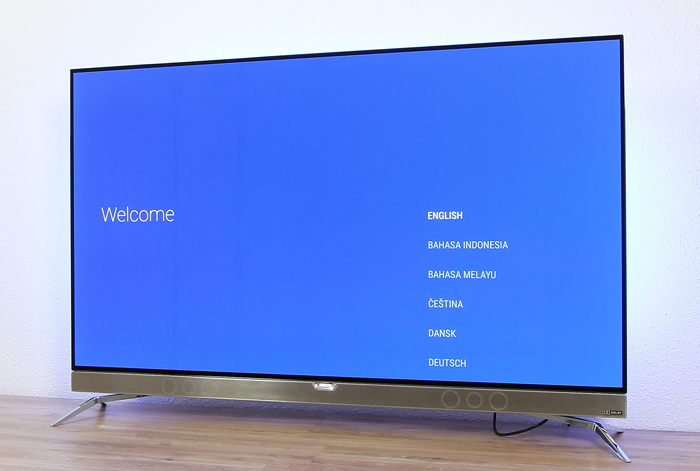 The matter used to be very simple: tube TVs, in sizes from a maximum of 32 to 36 inches, SDTV resolution, plus in the best case a hi-fi video recorder connected to a stereo / hi-fi system, in the high-quality case from 43 cm Individual components, was connected. There was no unit of personal computer and acoustic / visual living room entertainment. Then came the great era of multi-channel systems in the 90s and 2000s, first Dolby Surround, matrix-based, then the discrete sound formats Dolby Digital and dts 5.1. These multi-channel systems formed the foundation of multi-channel entertainment at home, the subject of this special.

Today we live in a time of "entertainment unlimited" in our own four walls. Taboos are broken, everything becomes one - every device communicates with everyone, and everything is a large, networked world. But take it easy - what options are there for multi-channel entertainment at home? We present the individual options / devices with their possibilities. 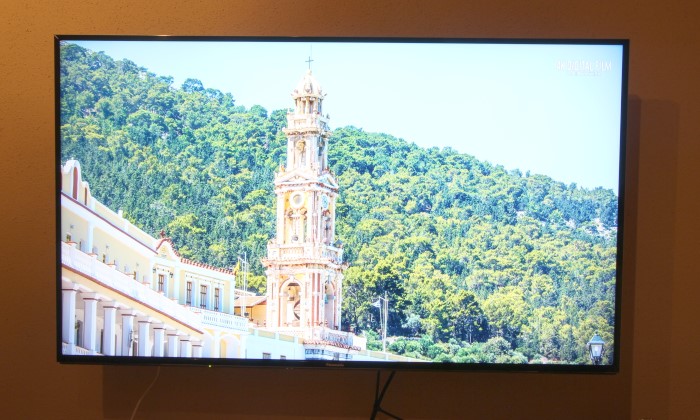 From a visual, but often also from a multimedia point of view, the focus is on the television. A modern TV has a screen resolution of 3,840 x 2,160 pixels (Ultra HD) and comes with HDMI terminals that comply at least with the standard 2.0 plus copy protection HDCP 2.2. Ideally, to maximize future security, the TV should support the display of high dynamic range content (HDR) at least in the HDR10 and HLG standards. The modern TV is at least 55 inches, diagonals underneath are only worthwhile for the bedroom or home office. 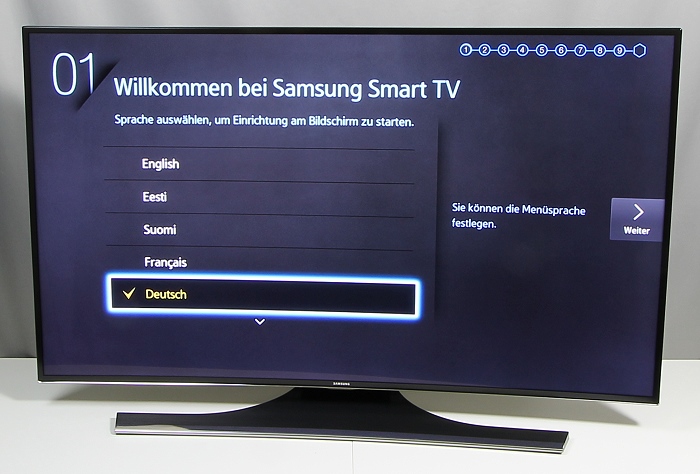 Diagonals below 55 inches are no longer often seen - in the picture: Samsung UE48HU6890

The modern TV is integrated into the home network, either wired (still the more stable alternative) or wireless (WLAN-n should be standard here). A player such as a Blu-ray player or an Ultra HD Blu-ray player is no longer absolutely necessary. Video on demand services such as Netflix, Maxdome or Amazon Prime Video bring TV series, shows and above all current and older films to the screen via streaming. Monthly subscription payments, costing around 5 to 15 EUR, enable unlimited access. You don't buy the film or the series, you just stream the content, but you can do that again and again. Similar to Spotify (music). If you have a correspondingly fast internet connection, the quality of streaming in Full HD is very good. Many VoD services already offer content in Ultra HD resolution (Netflix, for example). 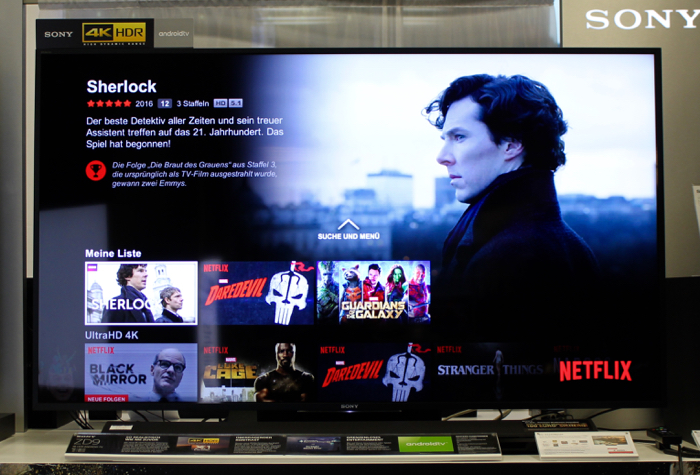 Here, too, the streaming works flawlessly. Modern UHD TVs are now able to extrapolate Full HD content to the Ultra HD resolution with high quality. Anyone who often looks at a low incidence of external light will flirt with an expensive OLED TV that is brilliant in terms of black level, and those who want maximum achievable brightness and a particularly dynamic picture will opt for an LCD TV, ideally with an elaborate Direct LED -Backlight and Quantum DOT panel. By the way: Curved TVs, which were still very much in trend a year or two ago, are on the decline again, except for the market leader Samsung, no manufacturer is sticking to the curved design. Anyone who likes the special image impression of a curved TV and has got used to it, is doing absolutely nothing wrong if he continues to rely on a curved TV. 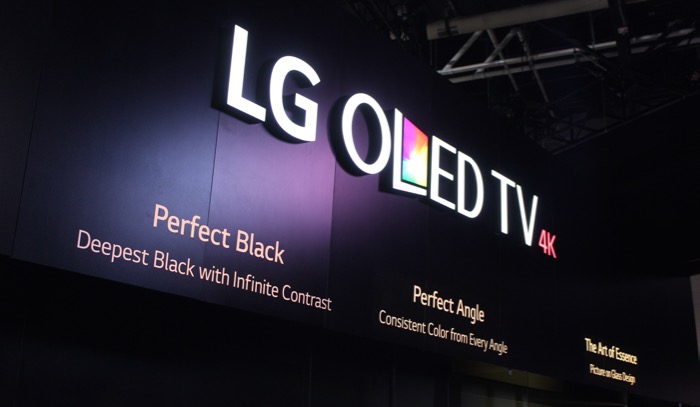 Many manufacturers now rely on the combination of LCD and OLED in their portfolio, some are still cooking their own soup 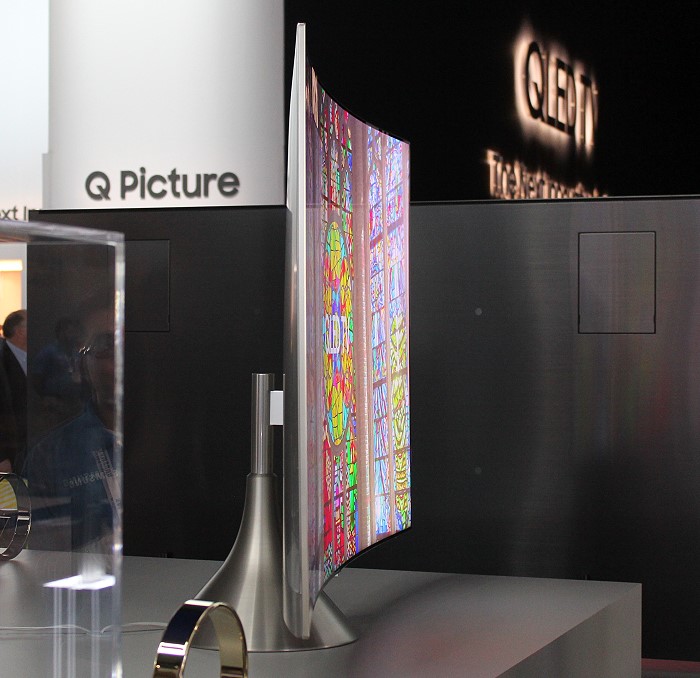 What many fans regret, 3D is more than "out", Sony, Samsung and LG have removed this feature from their TV sets. Overall, however, today's TVs can do even more. More expensive models have a twin tuner for DVB-S2 / DVB-T + T2 / DVB-C, which means that one program can be recorded while another is being viewed. The TV sets can be completely controlled via app for smartphone or tablet, and peripheral devices are easily recognized, integrated and can be conveniently controlled with the TV remote or the TV app.

TV stations offer HbbTV and online media libraries, so if you missed your favorite series today, you can simply watch the episode from the media library. Despite the enormous variety of functions, the TVs are not too complex to operate, even if the manufacturers each pursue their own concepts, which you can already see from the operating system. Panasonic relies on Firefox OS, Sony and Philips on Android, LG on webOS and Samsung on the self-developed Tizen. Voice and gesture control, both of which are working better and better, also show new ways of operation. Setup wizards guide you through the initial installation, which is of great help, especially for less experienced users. 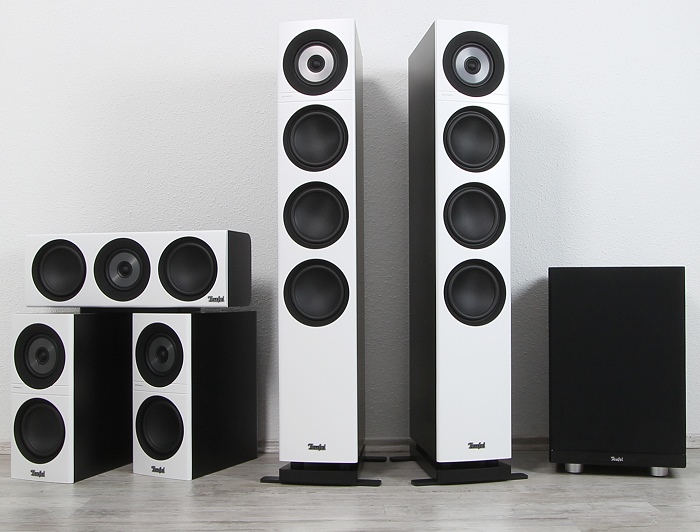 The classic multi-channel system is far from dead. Modern specifications include an AV receiver with at least 7 channels, an Ultra HD Blu-ray player and a 5.1.2 loudspeaker system, the boxes for the front and rear , a center speaker plus two top firing modules for playing the object-based audio formats dts: X and Dolby Atmos. In addition, there is at least one active subwoofer. Thanks to dts: X and Dolby Atmos, surround sounds can be perceived in all dimensions in high resolution, the third level, which was added with dts: X and Dolby Atmos, takes place above the heads of the audience. If you want to place corresponding top firing modules for 5.1.4 sound on the rear speakers, you have to buy an AV receiver with nine channels. If you also want to use two back surround boxes, i.e. operate 7.1.4, you need one of the rare 11-channel AVRs or an AV pre-stage with 11.2 processing plus suitable power amplifiers with a total of 11 channels. 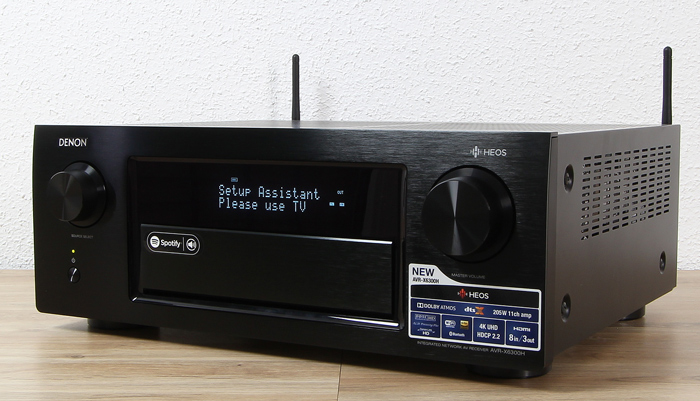 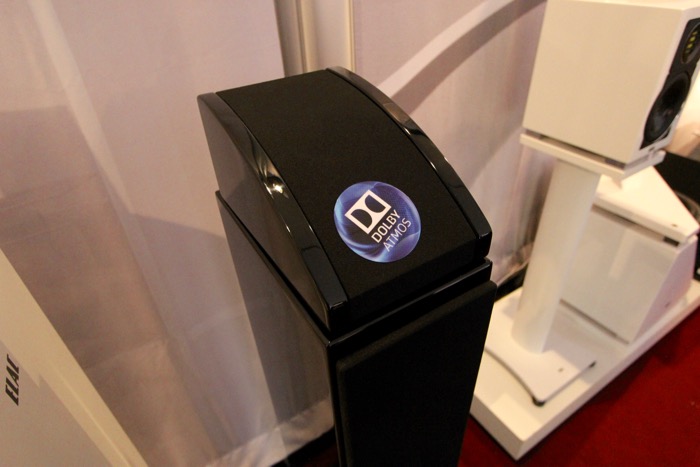 Compared to the situation two or three years ago, the modern multi-channel receiver or the modern multi-channel pre-stage was downgraded in terms of its capabilities as a video processor. Only D&M and partially Yamaha now deliver complex video units with upscaling of analog and digital signals (in the upper price range, including only digital video signals) from 480i / p / 576i / p, 720p and 1080i / p up to 4K . Including video EQ. Other providers such as Onkyo, Pioneer or Sony only offer upscaling from Full HD to 4K, that's it. Nowadays, hand on heart, you don't need any more.

In return, the devices now flirt with complex automatic loudspeaker calibration systems including room EQ, which work much more precisely than before. This is also a consequence of the drastically increased computing power due to the object-based audio formats. Strong quad-core CPUs are not uncommon in AVRs even in the EUR 1,000 league. Even relatively inexpensive AV receivers are equipped with numerous network functions. They can be integrated into the home network either wirelessly or wired, and are therefore also on the Internet. Access to popular music services and internet radio platforms such as Spotify, Tidal or Last.FM is now possible. In addition, the AV receivers can receive Bluetooth signals from smartphones or tablets, so music can be streamed very easily. The modern AV receiver also accesses music stored on a PC, notebook, home server or NAS system. These files can also be available in high resolution - High Resolution Audio, or Hi-Res Audio for short, is the magic word here. More dynamics and a complete representation of the harmonic range, which is important for the timbre of instruments, for example, are the advantages of Hi-Res files, which are often available in the formats Flac, ALAC, AIFF, WAV or in DSD. DSD is independent due to a completely different technical basis. DSD is usually converted in the AV receiver into the easier-to-process PCM, the basis for the other formats. Only very expensive AVRs have complex DACs that can process DSD natively. 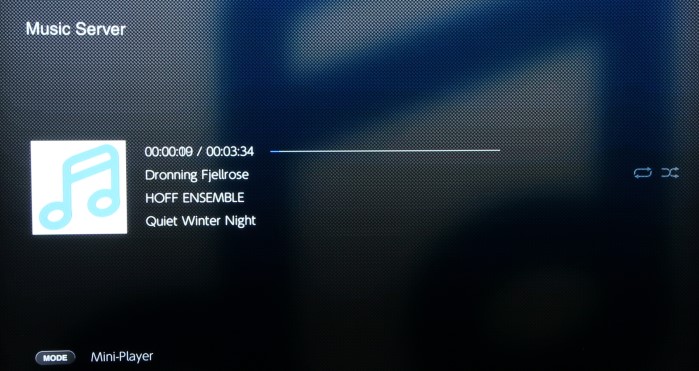 The option of integrating AV receivers into so-called multiroom audio systems is very much in vogue with manufacturers. That means: You have numerous loudspeakers connected to one another via the home network, e.g. in the kitchen, bedroom and study. These boxes can reproduce an individual signal (e.g. music from streaming services such as Spotify, or music from the Internet radio, music from the home server, etc.), or, for example, if you have guests and are celebrating a party, all LS groups can present the identical signal. And the AVR can also be seamlessly integrated as a "head unit" in the living room or home cinema room. At Denon & Marantz this system is called HEOS, at Yamaha MusicCast, at Bose SoundTouch, at Pioneer and Onkyo Fire Connect and then there's Sonos. The market leader does not build AV receivers, but does build a soundbar. And already we are on the next topic: Surround 2.0 - the future of multi-channel sound at home.

The soundbar is increasingly becoming the focus of acoustic entertainment. In the past, it was only intended as an easy-to-install temporary solution for refreshing the TV sound, but today we are much further ahead. Companies such as Sonos, Bose, Teufel, Panasonic, Samsung, Yamaha or Sony offer very sophisticated soundbar solutions. Here you have to differentiate between different concepts: Sonos and Panasonic, for example, are particularly flexible. A soundbar can be purchased here as part of the multiroom audio products, which is placed under the TV as normal. If you then use a compact multiroom audio speaker in the bedroom and in the study, for example, these two active speakers can then wander into the living room for the movie night. There they are connected to the soundbar and you can enjoy real multi-channel sound. During the day, the two loudspeakers in the bedroom and study go back to their work of sound reinforcement. 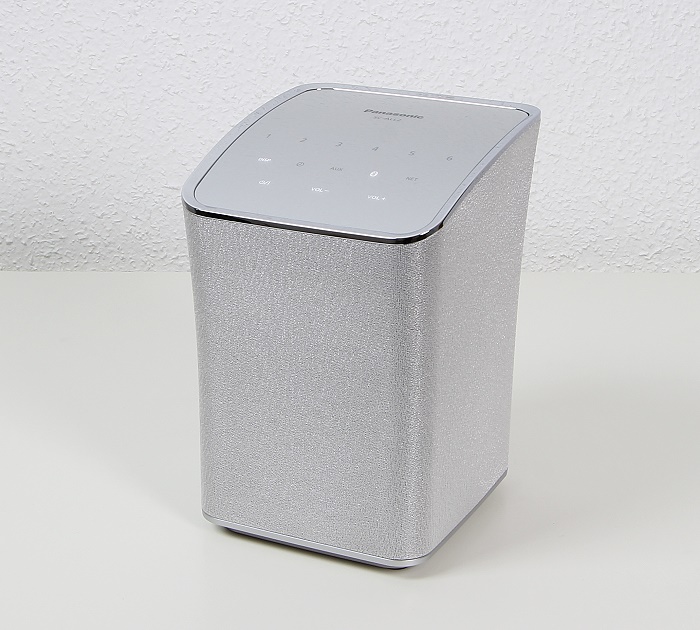 If necessary, mutated into a rear speaker - Panasonic SC-ALL2

Second concept, which is implemented e.g. by Samsung and Teufel as well as Bose: A soundbar is supplemented by wireless Rears, but these Rears are normal active boxes without multi-room audio function. There are two ways here again. At Bose and Teufel there are one or two wireless modules for the rear area, in which the amplifiers are, and from there you pull 2 ​​speaker cables to the passive speakers. Or you can rely on completely active one-piece solutions, each compact box is then connected directly to the soundbar without a box.

Yamaha goes its own way. Sound reflections are used here, i.e. you only have one component, the so-called sound projector, and this generates a realistic surround sound using the beam loudspeakers, which generate sound beams at precisely calculated angles that go to the walls of the listening room. Sound image. If the spatial conditions are suitable, the acoustic impression is amazingly good. In general, several features are becoming more and more important for soundbars: First of all, the Dolby Atmos decoder. Interestingly enough, dts: X doesn't play a role in soundbars. Only Yamaha for the YSP-5600 (dts: X already on board) and Sony for their new top soundbar (via update in 2017) support the object-based sound format from dts. Furthermore Bluetooth, practically every soundbar has this feature. In addition, there is complete integration into a multiroom audio system.

It is also important to have at least one HDMI input and one HDMI output (standard at least 2.0 plus HDCP 2.2). If the manufacturers see the soundbar more and more as the "modern AV receiver", at least 3 HDMI inputs would be more than appropriate. The times when ragged full-range speakers went about their work in soundbars are over, especially in the higher-priced segment. Sony, for example, even offers coaxial chassis. More and more soundbars are also Hi-Res audio compatible, but in practice even complex soundbars are too simply designed to convincingly present the acoustic advantages of high-resolution audio. Sound decks on which the TV set is placed are practically "dead" and no longer have any significant relevance.

All current tests on AREA DVD