What are some sentence examples with contemporary

The term - globalization - in texts on contemporary art

Working with the text corpus


Sentences with the term globalization

Examples:
Increasing diversity, digitization, globalization are the key concepts under which the Federal Cultural Foundation supports cultural institutions in their adaptations to social structural change.

The exhibition New Heimat advocates the thesis that globalization does not, as is often assumed, lead to the disappearance of indigenous cultures.

Self-questioning about cultural identity, the effects of globalization on individual life plans, on roots and uprootings in the social context appear as if by themselves.

The subject of the exhibition are the areas of science and globalization, constructions of the foreign and the own, physics, chemistry and biology with single molecules as well as the dynamics and adaptivity of neural systems.

The potential of globalization and the politics of information production and consumption are described as global processes that are similar to the body's metabolic processes.

The overlapping of identities and cultures in the context of globalization is the focus of several exhibitions.

Ackermann's aesthetically complex installations take up the medial suggestion of world experience and fix their problems, such as exploding cities or globalization.

At a time when the words globalization and multiculturalism were not yet part of the lingua franca of discourses on explaining the world, Chen Zhen drafted ethical and aesthetic leitmotifs that brought globalization criticism, interculturality and ethnicity into international orbit with sovereign foresight.

They address the consequences of globalization, consumption and its temptations, the financial crisis, social instability and religious fanaticism, but also the international art scene.

The worsening problems of the 21st century, such as religious and ethnic conflicts and terrorism, the struggle for natural resources (and the associated poverty and famine), globalization and the lack of rational solutions to save the world seem on the one hand to correspond with an increased willingness to believe, with an increased connection to different religious cultures, with a sometimes fanatical, radicalized adherence to belief and religiosity.

He observes the cultural change and the changes brought about by globalization: a geisha climbs the stairs of a subway, a monk drinks a Coke, women buy sneakers in their traditional, colorful burqas.

In order to get an overview of biennials and the aspect of globalization, we have created a database on artists and their presence.

Okwui Enwezor's research focuses on the complex phenomenon of globalization and its relation to local roots.

In the age of dematerialization, their massive physical presence is comfortingly anachronistic; they turn out to be mystical and, above all, analogue comments on a digital world that is leveling off in the face of globalization.

As this conference takes place in the context of the exhibition Identity versus Globalization? Positions of contemporary art from Southeast Asia, special attention is also given to the visual arts.

It is also about the individual, about his or her hopes and possibilities in a world that appears ever more complex and opaque, which due to globalization and digitization apparently considers everything to be available and yet is hardly accessible.

The following are the adjectives and bycatch in sentences on globalization: 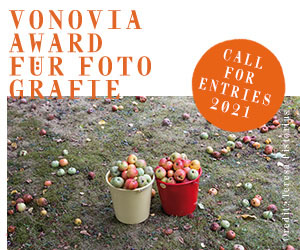