Why was papyrus used in Egypt

Papyrus | Where does the papyrus paper come from? 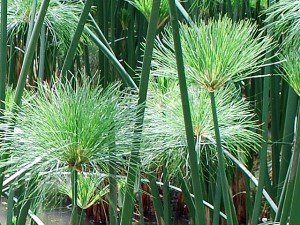 The Romans wrote longer texts on papyrus. They produced the papyrus in individual sheets or as rolls. Even then, the Romans called the more extensive content of such a scroll a book.

At that time there were already “companies” in Rome, quasi forerunners of publishers, which made copies of important or popular works by copying texts on papyrus rolls. The cost of the papyrus depended on the format and quality of the ancient writing material.

Papyrus, which was obtained from the plant of the same name, could only be written on on one side. The Romans used reed springs, bones or feathers made of bronze to describe the papyrus arches.

They made an ink based on soot. Incidentally, goose feathers as writing utensils are archaeologically only from the 4th century AD. proven.

Where does papyrus come from? 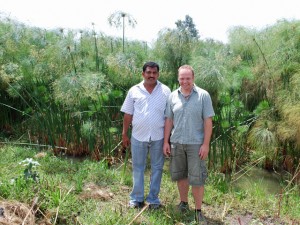 The papyrus thicket grows in Egypt. The papyrus plant consists of individual stems with umbels and its name is derived from the meaning "green, fresh, flourishing". From Greek pápyros comes the Latin word papyrus and subsequently the German word paper! In ancient Egypt were probably already since the 3rd millennium BC. The first papyri for writing on. The raw material was provided by Cyperus papyrus, a variety of cyprus grass that can grow up to three meters high.

The production of the writing material papyrus is described in the 1st century AD Pliny the Elder in the 13th book of his natural history: The pith of the plant stem is cut into strips up to four centimeters wide, which are placed together with a slight overlap. Two layers of these strips overlapping each other in a criss-cross pattern are pressed and tapped to form a firm sheet, which is held together by the adhesive force of the starchy plant sap.

Then the "plate" is dried. Then you can paint or write on the papyrus.

With a special glue, the recipe of which Pliny handed down, the sheets are satined and glued into rolls in the same direction as the fibers. The width of the scrolls used for Greek and Latin literary texts averaged 20 to 25 centimeters.

Pliny distinguishes six levels of papyrus quality: from the fine hieratica ("saint") or Augusta ("imperial") to the coarse emporitica (wrapping paper). Later the name papyrus was transferred to the paper invented in China. Since the 14th century, paper has also established itself as a writing material in Europe.