How and why does the sun expand

The sun - it is the source of energy and the center of our little world in the midst of the endless expanses of the cosmos. For us on earth it is huge and incredibly important. And at the same time: the sun - a common star among billions and billions of other, similar stars, small and insignificant.

On this page we will find out when and how our star was formed. You have to know that the sun is a second or third generation star. It arose from the dust of stars that existed before it and ended its life with gigantic explosions. 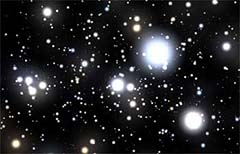 The first stars appeared shortly after the Big Bang. Back then the room was smaller and everything was even closer together. So mainly very massive stars could form.

They consisted of the primordial material that was abundant in the early days of the universe: hydrogen. Their lives were short (only a few hundred million years) and mostly ended in a supernova explosion. 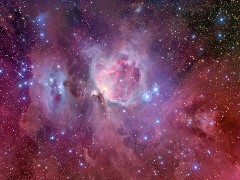 These were pushed into space during the explosion and spread out as clouds of gas and dust. And from that the stars of the next generation emerged.

Our sun formed about 4.7 billion years ago, so only about 8 billion years after the Big Bang. It consists of the material that was previously ejected by dying stars in the vicinity. It is true that the main components of the sun are hydrogen and helium, because these are simply the most abundant.

In small quantities, however, the sun consists of elements that came into being long after the Big Bang. It also contains iron, for example. Since iron is only formed in supernova explosions, we can assume that the sun had some predecessors from whose remnants it was formed.

First of all: How do we actually want to know how the sun was created, how old it is and how it will develop? No one would be able to observe them over such a long period of time and document their development!

To understand our sun, it helps to look around space and compare it with other stars. Here we meet candidates who are in all possible stages of development. With telescopes we find both dying stars and their remains (see planetary nebulae) as well as star formation areas and very young stars.

From these observations, conclusions can be drawn about the sun, because it behaves no differently than many other stars.

The origin and development of the sun 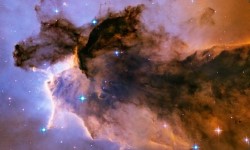 At the beginning of a star's life there is a huge gas and dust cloud. We have known that at least since the spectacular images that the Hubble Space Telescope took of the Orion constellation. There are huge clouds to be seen there, and here and there a very young star blinks at us.

On the right is the image of a star formation area in the Eagle Nebula (Hubble 1995). In this cloud of dust and gas, several light years in size, new stars are just emerging. Some are already glowing and emitting bright blue light.

Initially, an estimated 4.6 billion years ago, there was a gas cloud in our area. It is still somewhat homogeneous, so the matter in it is evenly distributed. Now two different scenarios are possible: on the one hand, the gas cloud could collapse, i.e. collapse under its own gravity. It then forms a thickening in the center, in which a large part of the matter in the cloud now collects and condenses. 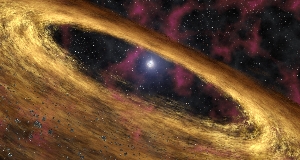 Or the original gas cloud is disturbed by a nearby supernova explosion. The shock wave that then runs through the gas cloud creates a compression from which low-mass stars like our sun can emerge. At the same time, the gas cloud is enriched with new chemical elements, from which solid bodies such as planets can later be formed.

Due to the force of gravity, the thickening now attracts everything that is in its immediate vicinity and is lighter than itself. It grows and grows, and a chain reaction takes place. The mass increases, the sphere of influence of the lump becomes larger, more and more material is attracted from the gas cloud and incorporated into the star baby, the mass continues to rise, etc. The direct vicinity of the new star in the picture above has already been swept empty, the matter collects in it the middle. 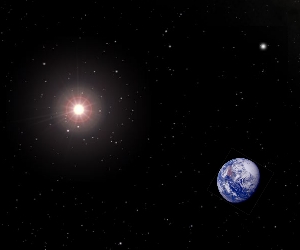 Due to the accumulation of mass, the density continues to rise, and with it the temperature inside also increases. The gas compresses and heats up incessantly. Now we will soon (that is, after a few million years!) Have a protostar.

Once a temperature of several million degrees has been reached inside, hydrogen nuclei fuse to form helium. This is also called nuclear fusion.

This releases an enormous amount of energy, which the protostar emits to the outside in the form of light and warmth - the sun begins to shine for the first time! The time span from the protostar to the real sun is about 10 million years.

What happened to all the other lumps in the gas cloud?

How is the sun going from now on? 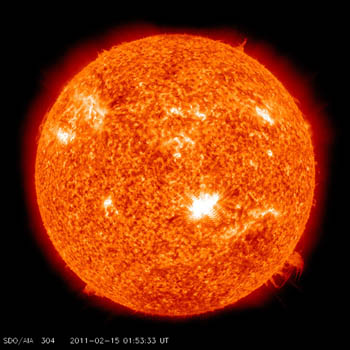 The lifespan of the sun can be calculated in advance. We know their size and mass (in kilograms a 2 followed by 30 zeros) and their fuel supply (73% hydrogen).

We can also find out how much energy it is constantly giving off (a 4 with 26 zeros in watts per second!). This information can be used to calculate when it will have used up its hydrogen supply.

The sun is currently around mid-life. It has been around for at least 4.5 billion years, and it will take just as long from now on until it runs out of hydrogen and goes out.

The sun will not shine equally bright and hot for 9 billion years. At a young age she was cooler than she is now. It gradually increases its luminosity in the course of its existence. Unfortunately, this will mean that in about 100 million years on earth it will be so hot that life is no longer possible (see also Earth's development).

Even if the solar system will exist for another 4.5 billion years, it will be over for us on earth in 100 million years at the latest. Unless we move to Mars or another star system right away. Or maybe we will simply die out long beforehand, like the dinosaurs or countless other animal species before us.

The fuel is running out

In about 4 billion years the sun will finally run out of hydrogen. The nuclear fusion comes to a standstill. The sun will repel its outer layers. It expands tremendously and swallows Mercury and Venus. It will expand almost to the earth and ensure that the surface temperature of the earth increases enormously.

Even if it is not swallowed by the sun, the earth is not doing well. Any water left until then will evaporate completely, leaving nothing but hot desert.

This stage is called the red giantbecause the star looks much larger than normal and emits reddish light. Our sun can be admired as a red giant for around 600 million years. 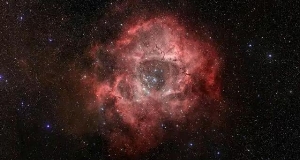 Then the outer layers will tumble back onto the core and expand (puff up) again. This contraction and expansion can happen several times in a row, at ever shorter intervals.

But at some point it will end. The outer layers are finally shed. A planetary nebula is formed around the former star as shown in the picture. This gradually expands and serves as a gas cloud, perhaps one day, as a source of building material for the next generation of stars.

The end of our star 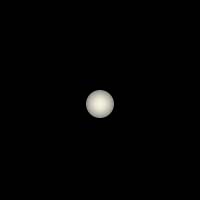 The sun itself ends up as a white dwarf. It will then be about the size of the earth and only glow faintly.

This glow is the residual heat from the sun that is still stored in it. It will also completely evaporate at some point. But that can take a few billion years!

At the very end, the sun will be just a black lump of cinder that practically no longer emits any light. This final stage is called the black dwarf.

The planets and moons can remain true to the sun and still orbit it even after it has become a white dwarf. Just like the sun, they too will cool down because they no longer receive any warming rays of the sun. What remains are ice worlds.

The images on this page are from NASA (Courtesy NASA / JPL-Caltech).