What are rare earth elements

What are rare earths?

The “rare earths” always seem a little mysterious. Their name certainly contributes to this, but also the fact that they occupy a special position in the periodic table of chemical elements. Every chemist probably knows the periodic table by heart, but when it comes to rare earths, he gets stuck. But this impression is deceptive. These elements are neither rare nor mysterious. They play an important role in many applications and can also be found everywhere in everyday life, from the indispensable alloy component for turbine blades in aircraft engines to tiny magnets in headphones.

The not so rare rare earths

The rare earths are all metals and can be separated into light and heavy rare earths. This classification, which is often used, is, however, controversial because it does not correspond to any scientific basis. Often only lanthanum and the lanthanides are mentioned as rare earths.

The different names are partly historical. The term “rare earths” is an abbreviation for “rare earth metals”. However, this term is obsolete today. When these elements were discovered, they could initially only be found in rare minerals and only isolated in oxidic forms, then called “earths”. Nowadays they can be extracted with high purity and can be found in many places in the earth's crust. But the name has stayed the same.

Other names are "rare earth metals" or "rare earth elements", also abbreviated as SEE. This commonly used abbreviation is based on the corresponding English equivalent REE for "Rare Earth Elements".

Promethium (Pm) is the only rare earth element that is actually rare. It has the atomic number 61 in the periodic table of chemical elements. The naturally occurring isotope is radioactive and has a half-life of only 2.6 years. It arises from the radioactive α-decay of the isotope europium-151, which makes up about half of the natural europium isotope mixture, but has the unimaginably long half-life of 1.7 trillion years. 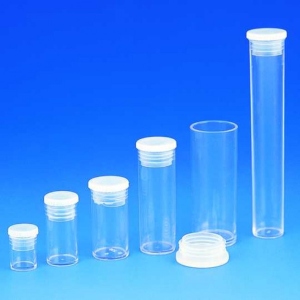 As a result, the ubiquitous promethium concentration in natural equilibrium is extremely low. Because of its extremely long half-life of 1.7 · 1018 Years - in comparison: the age of our earth is “only” 4.5 · 109 Years - Europium-151 is usually listed as "stable" in the literature.

The existence of an element with the ordinal number 61 had already been predicted by the Russian Dmitri I. Mendeleev (1834-1907), who worked in St. Petersburg, and the discovery was described by several authors in the 1920s. But these publications turned out to be inconclusive. It was not until 1945 that promethium was scientifically proven, but at that time not in natural occurrences, but in the reactor fission products of uranium. Evidence of its natural occurrence could only be provided in the late 1950s, when radiation measurement technology had developed to such an extent that the element could also be identified in uranium minerals, such as uranium pitchblende.

The other rare earth elements do not live up to their names: cerium, yttrium and neodymium are found more frequently in the earth's crust than lead or molybdenum and the rarest rare earth element, thulium, is more common than gold or platinum. The fact that there was a gold rush and not a thulium rush in America in the 19th century is due to the fact that larger deposits of rare earths can hardly be found.

The elements are almost always only present in very low concentrations. Also, they cannot be found in pure form like gold, but always only as an admixture in other minerals. This makes it extremely difficult to obtain them. 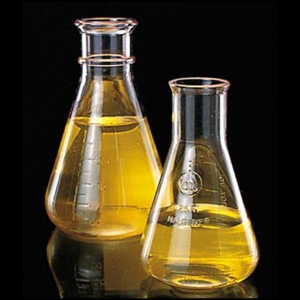 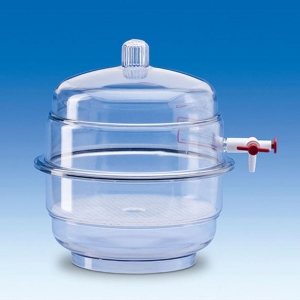 In order to be able to obtain pure metals, they have to be extracted from the ores and separated from other elements. There are different processes for this, the most important of which are fractional crystallization and the use of ion exchangers.

However, the most effective method is liquid-liquid extraction. Here, the ores digested in acids and the metals dissolved in them are converted into an organic phase with the aid of organic complexing agents, then precipitated as carbonates, hydroxides or oxalates and burned to oxides. With a few exceptions, most of the production facilities for this are also located in China. Since the separation and purification of rare earths are extremely complex and expensive, mixed metals are also used. This is possible because the rare earths are similar in their properties.

From the lighter to the nuclear reactor

Although the rare earth metals are so difficult to obtain, they can still be found almost everywhere. When we watch an exciting series on television, europium takes care of the red component in the plasma screen, and lanthanum is also used here. Neodymium, praseodymium and samarium are preferred for permanent magnets and are used in dictation machines or headphones. Neodymium, terbium and dysprosium are used for use in lasers.

Rare earths play a major role in the field of electric motors and batteries and are therefore essential for electromobility. Praseodymium and neodymium are used for electric motors, lanthanum is already used for nickel-metal hydride batteries in electric or hybrid cars. Anyone who smokes and always has a lighter with them may be surprised that rare earths are also included here. The main component of the flint is cerium, which is also used as an oxide in self-cleaning ovens.

Because rare earths can be found in such different applications, their demand is also increasing. Since the deposits are very limited, they also play an important economic role. The recycling of these metals from electronic scrap is also a way of using the metals in an economically and ecologically sensible way.