Disc golf is a sport 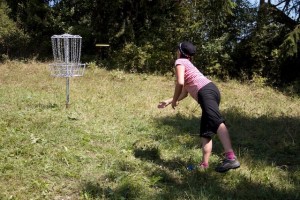 Well organized today and popular all over the world, it all began with the simple throwing of a plastic disc. By the 1950s, frisbee-mad Californians began aiming and throwing at trees, lampposts and garbage cans, and soon found that they had invented a new, more modern form of the classic game of golf. In the 1960s and 1970s, other Frisbee disciplines were added. Among them Ultimate - a fast and tactically demanding team sport that combines elements from soccer and American football, double disc court (a modernized version of tennis, if you will) and the absolute parade discipline for the beach - freestyle.

Ed Headrick, at that time one of the leading minds of the disc manufacturer "Wham-O", patented the first official disc golf target - the so-called "pole hole", the forerunner of the disc golf basket used today - and first founded the Disc Golf Association later also the Professional Disc Golf Association, which is still active today, which was later taken over by the players themselves as governing bodies. For these achievements, "Steady" Ed Headrick, who died in 2009, is honored to this day by players and officials as the "father of disc golf".

In 1983 Dave Dunipace took a giant technological step forward: He invented the beveled edge and thus the basic design of modern golf discs. In 1983 he founded the company Innova Discs, which is still the largest manufacturer of golf discs in the world to this day. With the invention of the pure golf disc, most of the previously known disc golf courses became obsolete, as the course design and flight characteristics of the disc were no longer in a harmonious relationship. The throws that could now be achieved were suddenly simply too large for the majority of the tracks.

Today the Professional Disc Golf Association represents the global umbrella organization for disc golf. Almost all national associations, clubs and international tournaments are organized under their name and the guidelines drawn up. The PDGA has approximately 45,000 members worldwide, with the number of members doubling in the past three years. Of course, the total number of active players is many times higher, since the lion's share of athletes simply pursues disc golf as a popular sport without belonging to a club or national or international umbrella organization. Disc golf is the fastest growing sport in the United States at the moment - and will likely soon be in the world as well. 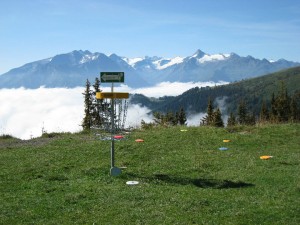 There are now more than 3,000 disc golf courses in over 30 countries worldwide in the PDGA course directory. Among others in Austria, Australia, Japan, Belize, Thailand, Saudi Arabia and even in the Antarctic. In addition to the necessary organizational infrastructure, a steadily growing industry has long since developed around sport, supplying players with material and constant technical new and further developments. Discs, baskets, course design and various accessories are now areas in the disc golf business where you are well looked after by experts.

With the growing popularity of this unique sport, the demand for venues, high-quality products and unmistakably designed spaces is also steadily increasing.