We all belong to one religion

Which religion belongs to Germany?

"Islam belongs to Germany" - this sentence by the former Federal President Christian Wulff has led to heated discussions in Germany. Because while it earned the head of state the sympathy of most of the Muslims living in Germany, it aroused opposition in large parts of the population and in politics. Wulff's successor Joachim Gauck, himself a Protestant pastor, did not want to take over the sentence like that. Instead, he said, not Islam, but the Muslims belong to Germany.

For the Protestant theologian Petra Bahr, this distinction is pure semantics, or, as she herself says, nitpicking. During a discussion in the Jewish Museum in Berlin, the cultural representative of the Council of the Evangelical Church in Germany (EKD) answered the question which religion now belongs to Germany: "That is very easy to answer: the religions of all Germans." One cannot distinguish between Muslims and Islam. 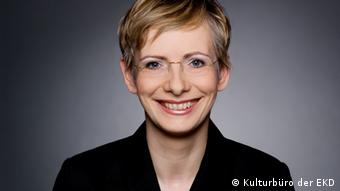 Petra Bahr, cultural representative of the EKD, advocates the dialogue between the religions

Perhaps this is a widespread longing in Germany that there should be Muslims without Islam, said Aiman ​​Mazyek, chairman of the Central Council of Muslims in Germany, with a wink. It is also clear to him: Muslims and Islam belong to Germany. "We all know that all three monotheistic religions do not come from Brandenburg, but from the Orient. Our occidental identity rests on oriental legs." The German identity is made up of many traditions. This included the Jewish, the Muslim and of course the Christian tradition.

Half a century ago it was very different. In the 1950s, according to the social scientist Detlef Pollack from the University of Münster, 90 percent of Germans were Christians.

Today there are more and more diverse religious denominations in Germany. Nevertheless, 70 percent of the population still see Christianity as the foundation of German culture. Islam is rejected by the majority as foreign. She advocates not granting him the same rights as Christianity. The construction of mosques has repeatedly met with fierce resistance from citizens. Two thirds do not want to accept the construction of a mosque in Germany. With this attitude, the Germans differed from their neighbors, who were more impartial about Islam, explains the sociologist Pollack. "Just 34 percent of West Germans and only about 25 or 26 percent of East Germans say of themselves that they have a positive attitude towards Muslims. The attitude of Germans towards other religious communities is much better." 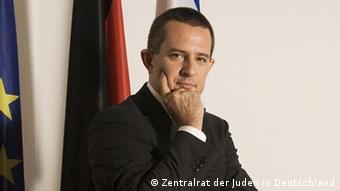 Stephan Kramer complains about prejudices against Jews and Muslims

But many Germans also have reservations about Judaism. Anti-Semitic attitudes are anchored in one fifth of the German population, a panel of experts found at the beginning of the year, which had presented an anti-Semitism study on behalf of the Bundestag. Stephan Kramer, General Secretary of the Central Council of Jews in Germany, recalled in the discussion in the Jewish Museum of a survey according to which 50 percent of Germans did not want to live next to Jews. The only way to break down prejudices is to get to know the other better, he said. For example, by learning to know and respect the holidays of the other religion. It is sufficient for them to be entered in the official calendar. Nobody is demanding that they be recognized as non-working state holidays. "In order to promote acceptance in society, we can draw attention to the fact that there are people here, citizens of this country, who have other religious holidays. Just knowing that would make a big difference."