Where was the Urdu language born

Mother tongue day: "The language of the heart"

In Berlin, many people don't just speak German. But which language suits which situation? Three minutes for Mother tongue day on Sunday. 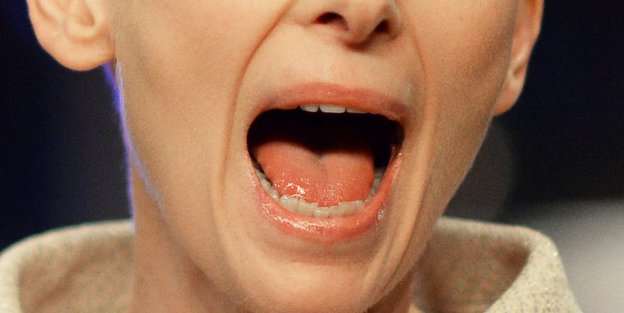 What would Tilda Swinton call her mother tongue? Photo: dpa

Xinggu Budian, born 1979 in Zhaojue, a city in the Chinese province of Sichuan, has lived in Berlin since 2010.

My mother tongue is Nosu, the language of the Yi. They are a people who live mainly in China, but also in Vietnam, Cambodia, Laos and Thailand. A language expert has found that Nosu is older than Mandarin - but this man lives in Hong Kong. In China you shouldn't say something like that out loud, because Mandarin is the oldest language for the Han Chinese.

I spoke nosu at home, in a small village in the Chinese province of Sichuan. When I got to school, they only spoke Mandarin and I didn't understand anything. Today the children in my homeland learn Nosu at school - but more like the way children learn English in Germany. Nosu is a museum language. I guess it will be extinct in 15 years, because everything that has to do with business is done in Mandarin in my homeland today. The Han Chinese have become much more skilled in this regard. You don't have to put any pressure on anymore. People adapt voluntarily.

I went to Beijing when I was 23 and to Berlin when I was 30. In Beijing I often spoke to friends on Nosu. Since I've lived in Berlin, I only speak nosu when calling home. In my new family - with my wife, who is a Berliner and Sinologist, and our two daughters - we speak German and Mandarin. It would be strange if I were to speak Nosu with the children, since this language does not even exist in their environment. There are also no films and no books on Nosu.

My father is a famous man in the area where I grew up, he is a kind of village judge who is called in to mediate in conflicts. To do this, he has to know the old traditions of our people, that is, he can also read and write the characters of the Yi - otherwise only the shamans can do that with us. My father speaks many vocabulary, some of which are very old, and can express himself very carefully in Nosu. My oldest and my second oldest brother can do that too. As a little brother, I speak Nosu like a street language, so it's very simple. And even so, it may still feel more natural and relaxed when I say it. Jokes work better on Nosu too. Although: When I talk about feelings or want to say something particularly beautiful or my opinion, I tend to use Mandarin. There aren't that many words in the nosu I speak. And the nosu that my father speaks is too old.

Giancarlo Massari, born in Bari in 1969, came to Berlin in 2000. He and his wife Roxi Massari have been running the Café Il Buco di Heidi on Senefelderplatz since 2003.

The day: February 21st has been International Mother Language Day since 2000. Around 6,000 languages ​​are spoken worldwide, according to Unesco estimates, around half of them are in danger of disappearing. The day aims to promote the use of the mother tongue and raise awareness of linguistic and cultural traditions.

The history: Historically, the day goes back to a demonstration on February 21, 1952 in Dhaka, the capital of what was then East Pakistan. People protested the government's decision to make Urdu an official language. About 98 percent spoke Bengali there. Urdu was the language of the ruling classes in East and West Pakistan. In 1971 what was then East Pakistan declared its independence after nine months of civil war. From then on, Bengali was the national language of the new state of Bangladesh.

For me, my mother tongue is the language of the heart. We can only describe what is really happening to us in our mother tongue. I knew from the start that my children, who were born in Germany, would also learn German - but that of course they should also be able to speak our language. Because of our families in Italy. But mostly because communication is the most important thing: that we can fully understand each other. And that is only possible in the mother tongue.

So my children speak Italian with us and German outside. You move naturally in both languages. This is a wealth that my wife and I no longer experience because we came to Germany so late.

And yet after 15 years in Germany, the German language has also become an important part of our lives. I have German friends, I speak to German parents on the soccer field or in my children's swimming club. In the meantime I sometimes dream in German, understand jokes, make Germans laugh - but there is still a long way to go. I still prefer to talk about feelings in Italian. Italian is a language that can be designed in a playful way. I think that's great.

Ingela Aliwell was born in Birkerø in 1981d in Denmark, has lived in Berlin since 2014.

My mother left the GDR three months before I was born and followed my father to Denmark, where I grew up. From the beginning she only spoke to me in German. My father spoke to me in Danish, but my parents divorced when I was five. So German is my mother tongue. In the first four years in Danish school I felt like an outsider, but after that I went to a German school and everything was fine. To this day I can read German better than Danish. In return, I can write Danish better than German.

My Danish is generally better, my Danish vocabulary is bigger. My Danish jokes are also better than my German ones, but that's probably also because the Danish humor is blacker and not as politically correct as the German one. Perhaps one can best say that German is my childhood language and Danish my adult language. When I came to Berlin, I often had the feeling that my German was very old-fashioned, but that may still change.

My husband is English, our family language is mostly English, but we also speak Danish because he is fluent in Danish. When my daughter was born, we were still living in Denmark and I spoke German with her. In 2014 we moved to Berlin because of work, since then I've been speaking Danish with her because otherwise she wouldn't be able to hear any more Danish. But she prefers to speak German, which is probably due to the fact that I can speak better about emotions in German.

I still say that when we go to Denmark I'll go home, even though I don't really miss Denmark. I don't miss the Danish language either, because I speak a lot of Danish at work. I don't want to go back for now. The country has gone in a terrible direction, especially politically. It's more like little things that are missing: the light in spring, for example.