How did vandals deserve their title 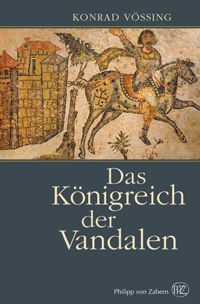 Research interest in the vandals has increased significantly over the past two decades. The aim of the book to be presented by Konrad Vössing (Introduction, 7-10) is to "establish and characterize the regnum vandalorum to present "(8), in order to give as complete an overview as possible of the ethnogenesis of this tribe and its reception.

In the second chapter (11-33) the author treats the prehistory of the tribe, i.e. the time before the conquest of Africa. This topic is divided into four parts. First, Vössing briefly deals with the origin of the Vandals and the first contacts between them and the Roman Empire. In the following, the journey through Gaul and Spain is described: The focus is on the vandal conflict relationship with the other Germanic tribes and the central Roman authority. Ethnogenesis is discussed in the last two parts of this chapter, in which Vössing outlines and reconstructs the original features of the Vandals. Here he focuses in particular on society and the relationship to Christianity. [1] Since the first phase of the vandal's history is poorly documented, he is forced to act on the basis of hypotheses, such as regarding the stay in Gaul and the Christianization of the Vandals.

The third chapter (34-49) begins with a question that is at the center of research on the Vandals: Were they "invited" to Africa? After a discussion of the so-called "treason thesis" [2] based on ancient sources and the historical context, Vössing comes to the understandable result that the Vandal march to Africa is based on a number of "historical constellations" (37). The African civil war, the volatility of Boniface's troops and the weak Roman defense of Africa drove the Vandals to land in Mauritania. The chapter continues with a detailed summary of the conquest of Africa, discussing the incursion over the Strait of Gibraltar [3], the march to the east and the capture of the Roman capitals of Africa, Hippo Regius and Carthage. In connection with this, the circumstances and the reasons for the successful conquest are discussed as examples.

The following chapter (50-74) explains the complicated triangular relationship between the Vandals, Rome or Ravenna and Constantinople. Vössing's analysis in this regard focuses on the military conflicts and the treaties resulting from them. With this, the vandal rise in the Mediterranean is treated in an innovative way. Particularly interesting is the fifth part of the chapter, in which the so-called "vandal sea realm" is interpreted under different aspects (e.g. military and power politics). From this it can be deduced that "the vandal control over the islands of the western Mediterranean [...] was not synonymous with a maritime domination" (65). [4] The vandal sea success benefited from the prevailing anarchy in the western Mediterranean, in the sense that there was no enemy who would have posed a concrete threat to the vandals. Confirmation of this is that they rarely sailed east, as Byzantium did have a capital fleet.

The fifth chapter (75-110) forms the main part of the volume. Here Vössing evaluates both the structure of the Vandal Empire and its political, economic and religious administration. He turned his attention to the relationship between Vandals and Romans (96-108) in order to determine the degree of Romanization of Vandal society. He relates his investigations primarily to the time of Geiseric, whose historical figure he briefly presents in the following chapter. Under Geiseric, the Vandal Empire reached the height of power and formed a basic structure, so Vössing's analysis largely focuses on this.

The seventh chapter (118-139) is about the history of the Vandals after the death of Geiseric until the end of their rule in Africa. Vössing's goal is not only to reproduce the development of the empire, but also to use the political model Geiserich to question the reasons for his rapid demise and to examine how the Vandal empire changed under Geiserich's successors. The chapter ends with a detailed part about the lost war against Byzantium.

The theme of chapter eight (140-144) is connected with this. The author asks what exactly the victory of Byzantium meant for the history of the Vandals: the liberation of Africa or the brutal end of Vandal rule? With the help of the sources he makes it probable that one can speak of a liberation. But he does not ignore the fact that a minority did not really feel "liberated". The subject of a longer-term perspective of Vandal rule in Africa lies in the area of ​​hypotheses. In his opinion, an "Africanization" of society would have been necessary for a lasting vandal reign on Roman soil, that is, an integration of the "specific realities" of late ancient Africa into vandalism in the sense of a participation of both the Romans and the cooperative Moors in the rule would have been indispensable (143).

In the final chapter (145-150) the author goes into the problem of the reception of the vandals and explains where the negative evaluation of the vandals comes from. In this context, he also discusses the question of whether they even deserve their bad reputation. The Vandals were not that different from other Germanic looters, but unlike the Goths, after whom an architectural style was named, their ethnonym was only ever associated with negative contexts, so that it slowly became a synonym for destruction. Notes (151-186) for each chapter, a list of sources and literature (187-201), an index of names and places (202-205) and a time table (206-207) round off the volume.

Vössing's book is a very good overview work on the Vandal Empire that should appeal to both a general audience and advanced readers. The change between the presentation of the chronological sequence of events and the theming of research questions is valuable for reading. The conscientious handling of the sparse source material does not induce the author to speculate, although the subject of the vandals in particular leaves a lot of room for hypotheses. The source material is extensively commented on in the notes. Vössing also provides further information on research literature for each source. This publication is a valuable contribution to the history of the vandals.

The "treason thesis" assumes that the vandals were called by the military chief of Africa - Boniface - to help him in his controversy with Rome. For a list of the representatives of this thesis see: G.M. Berndt / R. Steinacher (eds.): The realm of the vandals and its (pre-) history, Vienna 2008, 158.

[3] For the crossing and landing of the Vandals in North Africa see: H. Castritius: Die Vandalen. Stages of a search for traces, Stuttgart 2007, 79-85.