More than 200 people were killed in a series of bomb attacks on churches and hotels in Sri Lanka on Easter Sunday.

According to the tourism authority, 32 foreigners from eight countries were among the dead: citizens of India, the USA, Great Britain, Portugal, China, the Netherlands, Belgium and Turkey.

Who is behind it?

No one has yet acknowledged the attacks, but security experts assume that a militant group is behind the apparently timed explosions.

"It is currently difficult to clearly determine who could be behind these attacks," says Siegfried O. Wolf from the "South Asia Democratic Forum" in Brussels. "But if you take into account the conflicted history of this Southeast Asian country - and the current political tensions - then you can identify some groups that come into question," said the South Asia expert.

Wolf lists four: militant Islamists, radical Buddhist organizations, militant Hindu Tamil groups, and most recently armed opposition troops who want to destabilize the government of Prime Minister Ranil Wickremesinghe so that they can bring an autocratic regime back to power.

However, it is unlikely that Buddhist extremists or Tamils ​​are responsible for the attacks, according to the expert. "I don't think they have the means to carry out such well-coordinated, large-scale attacks. And I don't think they would have chosen churches as targets." According to Wolf, the attacks bear the signature of international jihadist groups such as Al Qaeda or the 'Islamic State' or their regional offshoots. Many observers say that militant Islamist groups are increasingly gaining a foothold in South Asia.

The Easter Sunday attacks are a bitter setback for the Sri Lankan government. For a long time the country was marked by bloody conflicts, in the past ten years enormous progress has been made in pacifying the island. Sri Lanka therefore also experienced a tourism boom - the tropical island is now a popular travel destination for people from all over the world - despite isolated bloody conflicts - especially in the form of attacks by radical Buddhists on Muslims.

Sri Lanka has had a violent history since its independence in 1948. In the former British colony, there were numerous armed conflicts between Tamil separatists and the Sinhalese government - in 1983 a civil war broke out that raged for over two decades. 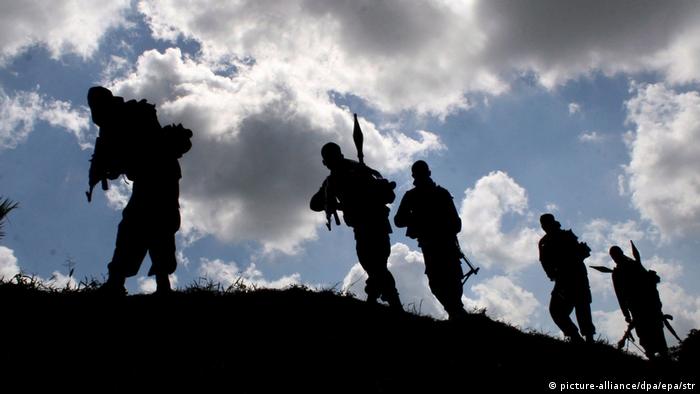 The separatist group "Tamil Tigers" repeatedly carried out bomb attacks during this period. Buddhist temples and hotels were also among their destinations. Thousands were killed, especially in the north of the country - where the Tamils ​​wanted to establish their own state. Until 2009, troops sent by then President Mahinda Rajapaksa, finally crushed the separatist organization "Liberation Tigers of Tamil Eelam" (LTTE).

But even today the country is characterized by ethnic and religious differences. About 75 percent of the citizens are Sinhalese, a good 15 percent Tamils. About 69 percent of Sri Lankans are Buddhists, 15 percent are Hindus, 9 percent Muslim and 7 percent Catholic Christians. Most Tamils ​​are Hindus, but there are also Tamil Christians; most Sinhalese, however, are Buddhists. 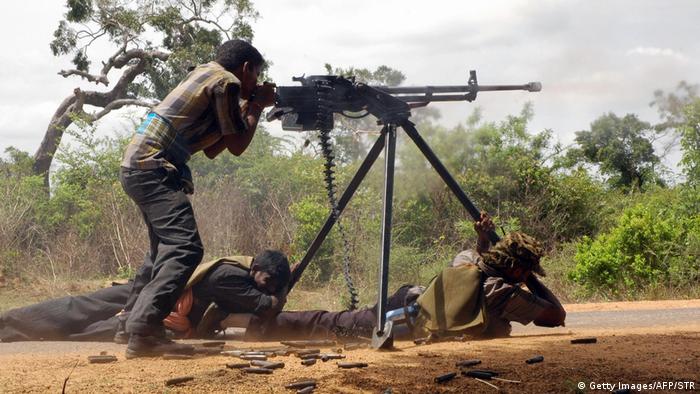 LTTE fighters in the rebel stronghold of Akkarayan (2008)

The fact that there have been hardly any armed conflicts in Sri Lanka in the past ten years does not mean that the country has overcome its deep social and political divisions, according to the assessment of the Brussels expert Siegfried O. Wolf: "The ethnic-religious conflict between the majority , the Buddhist Sinhalese, and the minority, the Hindu Tamils, was officially ended in 2009, but the conflict still exists because the country has not found any political solutions to this very complicated problem, "said Wolf.

The political future of Sri Lanka

The attacks increase political pressure on Prime Minister Ranil Wickremesinghe and his cabinet - and could play into the hands of his political rival, ex-President Mahinda Rajapaksa.

Wickremesinghe is politically controversial. In October last year, President Maithripala Sirisena dismissed him and appointed Rajapaksa prime minister. However, a decision by the Supreme Court in December allowed Wickremesinghe to return to office and Rajapaksa resigned.

Mahinda Rajapaksa is considered a hardliner with an autocratic style. During his presidency from 2005 to 2015, he brutally - but successfully - beat down the Tamil fighters. "The opposition groups will probably use the alleged terrorist attacks to promote a more autocratic style of government and stricter, more repressive measures against minorities in the name of combating violence. I think Wickremesinghe's credibility is badly damaged," said regional expert Wolf.

Politicians and religious leaders around the world showed their condolences after the attacks. According to the reactions from Germany: "It is shocking that people who had gathered to celebrate Easter together were a conscious target of these devious attacks," wrote Chancellor Angela Merkel in a telegram of condolence. "Religious hatred and intolerance, which have manifested themselves so terribly today, must not triumph."

The Federal Foreign Minister also expressed his condolences to the relatives of the victims. "It hurts to experience so much hatred at Easter. Easter is a festival of love that teaches us: hatred on our part can never be the solution," says Heiko Maas.

Religious representatives in Germany also condemned the series of attacks. "We must not allow ourselves to be divided by terror and violence," said the chairman of the Islamic Council for the Federal Republic of Germany, Burhan Kesici.

"At this moment of cruel bloodshed, in which the joy of Easter is clouded, I convey our solidarity and above all our prayer: Death and hate have no final power over people," wrote the chairman of the Catholic German Bishops' Conference, Cardinal Reinhard Marx, in a letter to the chairman of the Episcopal Conference of Sri Lanka.