Amazon, Facebook and Co. are accumulating information power - this has fatal consequences, say the authors Thomas Ramge and Viktor Mayer-Schönberger. In the interview, they explain how they would break monopoly power - and develop an amazing model. 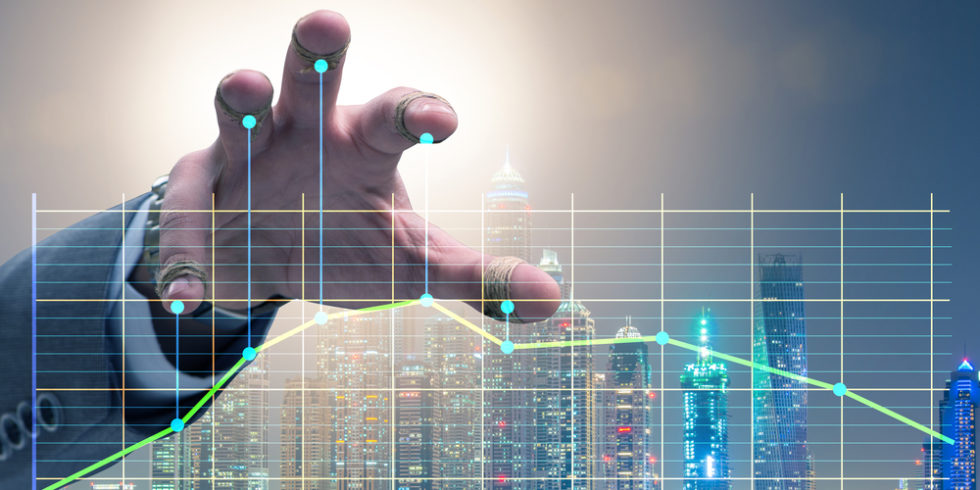 Facebook, Amazon and Co. hold oligopoly positions when it comes to data.

Europe is a colony. A data colony at the mercy of the new colonial powers that are now called Facebook, Google or Amazon. That is one of the theses that lawyer Viktor Mayer-Schönberger and business journalist Thomas Ramge put forward in their new book “Power Machines”.

“Why data monopolies endanger our future and how we can break them” is the subtitle of the book, which already suggests: The two authors want a revolution, an independence day.

It is no coincidence that the 200-page book begins with an anecdote about the founding father of the United States, Benjamin Franklin. The central idea of ​​the book: so that there can be real progress that benefits everyone, data monopolies must be broken up and information shared and made freely accessible. The authors talk about how this is supposed to succeed in the interview, in the course of which we agreed on an informal “you”.

Your new book has a martial-looking word in the title: Power machines. That sounds threatening - can you explain what you mean by that?

Thomas Ramge: Power machines are digital systems or platforms that collect machine-readable information and structure access to this information in such a way that those who operate the platform can draw considerable power from it. Power machines create information asymmetries. And we mean power here in the sense of Max Weber: In a social relationship, one party can enforce its will even against the opposition of the other. Facebook, for example, would be such a power machine that has information power, not only over the individual user, but also over societies.

In fact, Facebook may be on the verge of breaking up right now. Whatsapp and Instagram are to be split off. What kind of consequences would that have for such a kind of monopoly?

Viktor Mayer-Schönberger: None. That would start all over again after a few months. We have already seen this at AT&T, for example, when it was broken up. Today the company is again one of the leading oligopolists in the telecommunications sector. If you don't prevent the structural problem of power accumulation, you're just chopping off the hydra's head. It grows back very quickly.

What do you have to do instead?

Ramge: We have to deal with access to information very differently. If we prevent that only the operators of power machines can benefit from the information, only then will we solve the basic problem of the increasing concentration and monopoly of information power. The data that big tech players like Facebook or Google have at their disposal must be available to everyone who can contribute to progress. Only then will we get what we actually want in a market economy, namely healthy and fair competition. 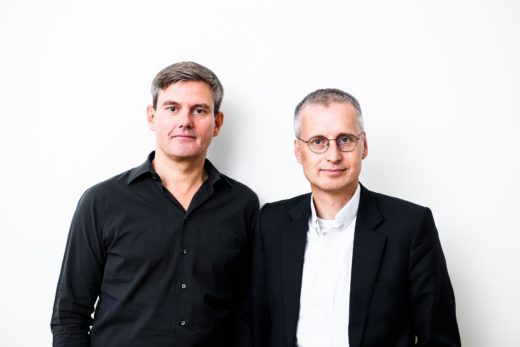 Thomas Ramge (left) is a non-fiction author and journalist as well as a research fellow at the Weizenbaum Institute for Networked Society. Viktor Mayer-Schönberger is a lawyer, taught at Harvard Kennedy School and currently works at the Oxford Internet Institute.

Actually, the General Data Protection Regulation should give us users more power again.

Mayer-Schönberger: But that is not the case. In reality, the GDPR is playing into the hands of the power machines and reinforcing information asymmetries. Because the GDPR places the entire responsibility on the shoulders of the users. But that has to do with extensive informational self-determination, as demanded by the Federal Constitutional Court in the 1984 census ruling. In reality it is a binary decision: do I want to use an online service or not? If so, I need to click OK. The burden is on the users. And to believe that in case of doubt they will take Facebook or other large corporations to court is naive. 99.9 percent simply accept the terms of use. The GDPR contributes to the fact that the big power machines are allowed to store and use data for a long time, while small start-ups often fail because of the requirements of the GDPR.

You demand - with an amusing play on words - a basic data usage ordinance and thus a radical opening of the information boxes that are with the big players. Does that mean that everyone can then access personal data?

Ramge: Of course it doesn't say that. In our model, personal data must be anonymized or pseudonymized. For many applications, however, you do not need any personal characteristics at all, that is a misconception. Companies can also train their algorithms with raw data and advance their own business models.

How can big players from the USA or China be persuaded to adhere to such a basic data usage regulation?

Mayer-Schönberger: Just like with the GDPR. The European Union would have to pass a corresponding law and force the big players who want to operate in Europe to open up their data treasures.

Does Europe really have leverage here? The Chinese company Tik Tok, for example, could easily do without 600 million EU users if there are several billion potential users in Asia alone, right?

Mayer-Schönberger: The recent past shows that this is not the case. With the GDPR, some US companies have also threatened to leave the European market. But exactly nothing happened. All major platforms are now more or less adhering to it. Giving up a market as large as Europe with a high density of digitization, in which 600 million potential users with relatively high incomes live, would be a real loss for such a platform. Especially for Chinese companies that have covered their local market and are now pushing to Europe in order to be able to expand.

Alexa and Co .: Do we still control the machine - or is it the other way around?

Ramge: We are currently seeing that very strongly with the Chinese B2B trading platform Alibaba, which is looking to gain a foothold in Europe. Or at Huawei. The European market is extremely important for these Chinese power machines.

Mayer-Schönberger: I would even say that Chinese companies have fewer problems with making their data available if they receive information from other companies in return. In the DNA of Chinese companies it is less anchored than in ours that data is the new oil that is stashed in the basement and waiting for the price to rise. Rather, they take advantage of the knowledge and data.

In this country, when it comes to data, we are dealing with a phenomenon that some Germans call fear, i.e. with a certain hesitation or perhaps overcautiousness. Can you create a more open culture for companies and users?

Ramge: It's crucial to create such a culture. Making the data available only when nobody is using it doesn't help. We can see that Europe has been improving in this regard in recent years. Many companies have now understood that data can only be used if it is used. Our idea is essentially based on the fact that the most important source, namely the information, is available to more actors, competitors, innovators of all stripes so that they can benefit from it in terms of progress. Europe is currently still a digital laggard. To put it with a bit of pathos: with an open European data space, we could once again become a pioneer in innovation or even the most innovative continent in the world.

Many young engineers and creative people are drawn to the power machines. What should change there?

Ramge: The question is: why are you drawn there? On the one hand, there are the high salaries that such companies can pay. Above all, however, it is also the opportunities that software specialists or data scientists have there. But if the monopoly power of big tech companies begins to falter and start-ups are suddenly rich in data, then the game could fundamentally change.

Mayer-Schönberger: I see in my students that they want to change and move something in the world. At the moment they can only do that to a large extent with the power machines. And this is where we can start and create greater diversity through a basic data usage ordinance.

Ramge: Viktor and I know a lot of people who work on these power machines. The frustration is often high, many feel in a golden cage there. I've heard someone say, 'Basically, I now work for an arms company'. Gone are the days when working at Google was the coolest thing. Today, many are also drawn to small companies that are really innovative in the field of analytics. Innovative in the sense of: Gaining knowledge from data in order to move the world forward. And not in the sense of: let's build the next power machine. 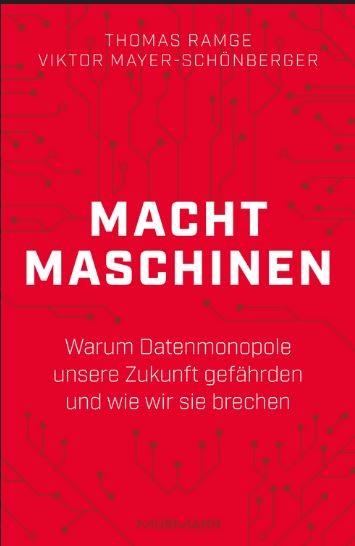 “Power machines - why data monopolies endanger our future and how we can break them”, published by Murmann-Verlag, 208 pages, price: 20 euros.