What are some methods of collecting water

Collect rainwater and use it properly

Rainwater is ideal for watering the plants in the garden. Collecting it makes sense for ecological reasons alone and is also easy on your wallet. But what does the optimal use of rainwater look like? An answer to this question and a lot more information about collecting and collecting water Garden irrigation you'll find here.

Even if it usually looks different in our latitudes, fresh water is not available in unlimited quantities. A few particularly hot weeks in summer are usually enough to show that there are limits. Of course, it makes sense to use the valuable liquid as carefully, prudently and sparingly as possible. Collecting rainwater is a particularly useful measure in this context - especially if you use it to irrigate your own garden, of course. The idea behind it is ancient. Even in ancient times, people caught the rain in order to create a water supply for themselves, their animals and also their fields. Subterranean cisterns were mostly used as water reservoirs or water tanks. Today nobody has to build a cistern in their garden to catch and store rain. There are simpler and more clever alternatives, ranging from the classic rain barrel to IBC containers and underground tanks. One thing is true today as it was then: It has to rain - at least now and then.

Irrigation of the garden with rainwater: the advantages

There are many benefits to collecting rainwater. First of all, there is the fact that rain is the perfect liquid for all kinds of plants. In contrast to tap and well water, it is extremely soft and practically free of lime. This is exactly what plants love. They just thrive better with this natural water supply. Rain that falls from the sky is also absolutely free. There are no water charges for this. Many garden owners know that irrigation costs can explode in summer. It is precisely then that all plants need a lot of water. If, on the other hand, you use some or all of the collected rain for watering, the costs usually drop dramatically. So you save money. The third big advantage of rainwater harvesting has to do with ecology and environmental protection. Collecting rain or water at all saves our natural resources. And that is an extremely important contribution to the preservation of our livelihoods.

Catching raindrops is actually very easy. You simply set up an open vessel and wait for the drops to fill it. Too bad that you have to wait a long time in the truest sense of the word. As simple as this method is, it is also ineffective. The problem with this is the far too small area of ​​practically every vessel. It is well known that rain does not fall as a broad jet, but rather in relatively small, individual drops to the ground, between which there are also relatively large gaps. If you want to collect a lot or at least enough rainwater, you need as large an area as possible on which the drops can hit. Roofs are such a surface. Since they are usually also inclined, the collected rain can also be easily drained away - the liquid simply follows gravity. It is therefore still the case that perfect rain collection takes place on a roof. From there the water flows into the gutter. The gutter in turn directs it into a vertical downpipe - and this in turn can be tapped using a rain collector or rain thief. 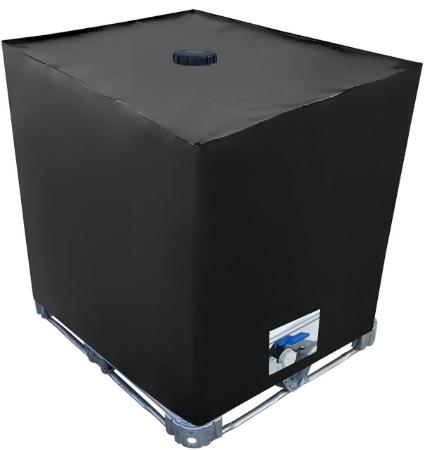 This would be the first step in terms of rainwater harvesting. But of course the water drained from the downpipe has to be stored somewhere. A rain barrel has often been used for this for half an eternity. It is usually open directly on the downpipe and can hold up to 200 liters. Even if this amount sounds like a lot, it is still relatively small. IBC containers, which, depending on the design, can easily hold up to 1200 liters or more, offer significantly more capacity. And if that's still not enough, you can create an underground tank that is buried in the garden soil. Then a capacity of 3000 liters is also possible. Regardless of which storage container or water tank you choose - it also depends on how the rain is stored in it.

So that the water from the sky stays fresh and free of algae for as long as possible for irrigation, the tank should not be in the sun and should be protected from light at all. With an underground tank you don't have to worry about these points. For IBCs, on the other hand, there are practical protective covers or thermal hoods that are simply slipped over and protect against heat and UV rays.

Collecting rainwater is one thing, but using it optimally for watering the plants is something completely different. In summer, in particular, there is usually relatively little rain. One would do well to use the collected supplies as sparingly and efficiently as possible. Watering plants over a large area with a watering can or garden hose is the exact opposite of effective. This leads to very high wastage and thus also to a waste of water. It is therefore much better to set up an irrigation system that works on the principle of drip irrigation. The water is directed from the tank via hoses or pipes directly to the individual plants and then released drop by drop in the root area. It goes without saying that this variant is not only extremely accurate, but also extremely economical. Admittedly, setting up the system in the garden is work and costs something. But it's worth the effort. Collecting rainwater and then releasing it using an irrigation system is definitely the perfect form of rainwater harvesting in the garden. Your plants, your wallet and the environment are guaranteed to be happy about it.