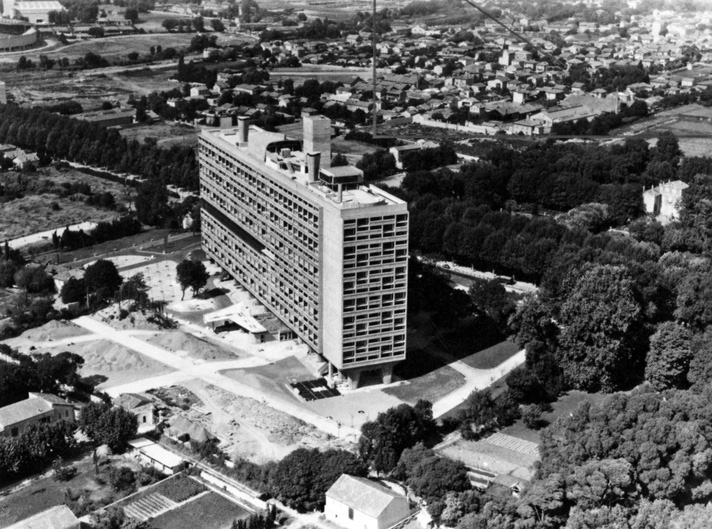 Post-war modernism has long been a focus of architectural history research. This contributes significantly to the foundation of the monument protection for the buildings of this time - partly still in contrast to the disdain for this architecture by the public opinion.
Now that the level of knowledge about the building history of the post-war modernity of the 1950s is very high, there is now a need for research on the subsequent development of modernity, analogous to the ongoing historicization of recent history. Both the temporal delimitation of the architectural historical epochs is still unclear here, as is the subliminal connections between post-war and late modernism. The crisis of late functionalism around 1970 and the subsequent postmodern counter-movement already began in the autumn of post-war modernism. 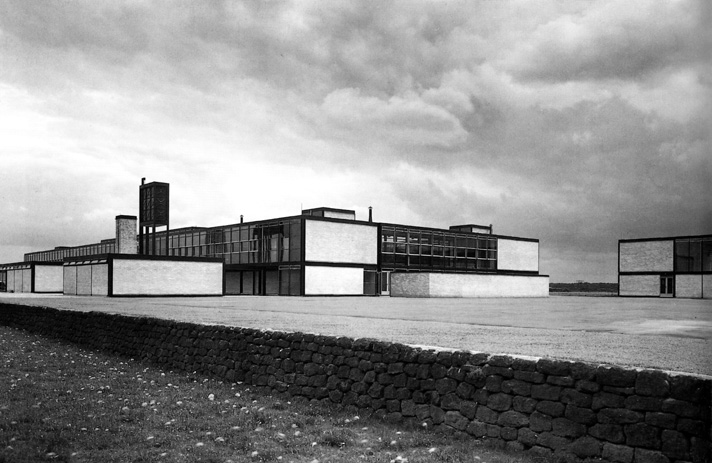 Brutalism plays a key role in this transition phase. Emerging from the generation conflict of the CIAM (Congrès International d’Architecture Moderne) in the late forties and in the environment of the following Team 10, brutalism emerged from an appropriation and transformation of "heroic modernity" (Alison Smithson). Pursued as an international project in the fifties and sixties between its original context in Great Britain and various national architectural contexts from the USA to Japan, brutalism in the sixties and seventies became an integrative factor of a new international tendency of urbanity through density with the departure from that functional city and its functional separation in the sense of Le Corbusier. In fact, the subsequent crisis of late modernism is not insignificantly linked to the brutalist aesthetic. 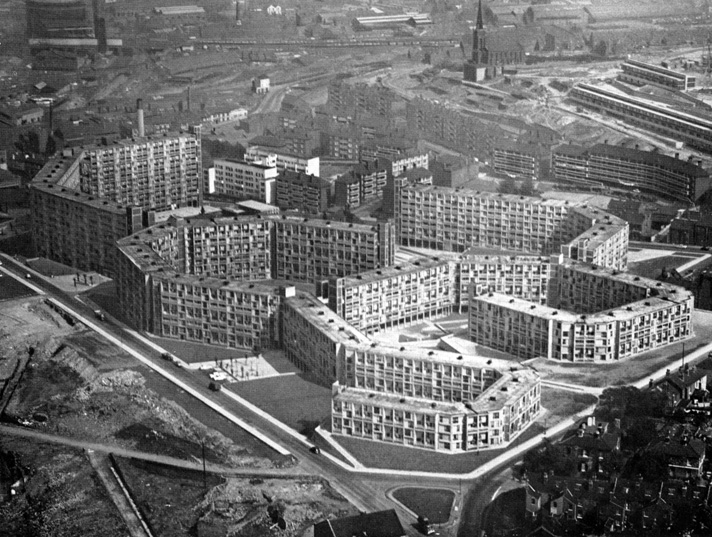 Brutalism is initially a diffuse project of the generation that claims ethics at the same time with an almost fundamentalist return to the materials of modernity and their unmediated sensual impression in the Béton Brut as the aesthetics of truthfulness. This ethic relates to the everyday role of the building in the life of the residents, everyday instead of high culture. As a theory in the controversial codification by Reyner Banham, it finally seemed to allow the original, lost motifs of modernity to be given a new shape. However, this point of view shows only one of many conceptual derivations.

While Team 10, in whose discussions brutalism was cultivated in the mid-fifties, is now being intensively researched, there is still a lack of focus on brutalism, on the one hand to post-war modernism and, on the other hand, to the currents that developed in parallel at the time such as formalism, structuralism, pop architecture and the utopian approaches, with regard to the elaboration of criteria and standards for the definition and evaluation of the brutalist legacy. 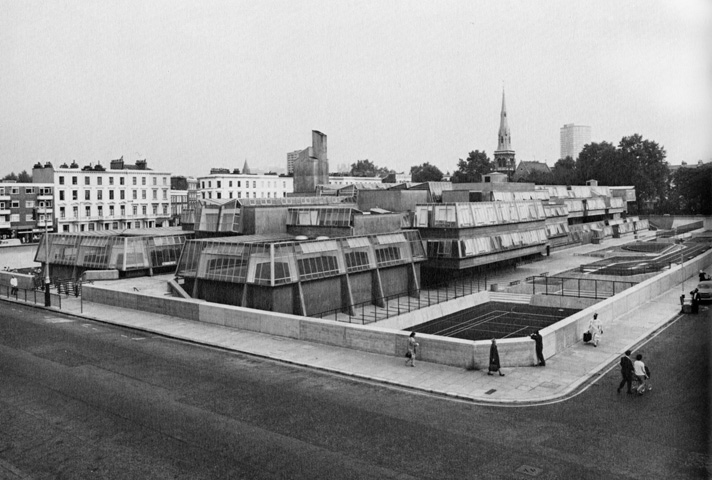 The renaissance of some brutalist motifs and theorems in contemporary young architecture, however, does not correspond to a comparable public sensitivity towards the built manifestos of this movement. As the demolition of the Pimlico School or the planned demolition of the large Robin Hood Gardens residential complex, both in London, indicate, on the contrary, there is also a conservational explosiveness in dealing with the heritage of this architecture. The former Senate Building Director Werner Düttmann is currently negotiating the preservation of the legendary sixties Church of St. Agnes in Berlin, a symbol of a German brutalist movement. The current discussion with its far-reaching consequences is now also spreading to the buildings from the 1970s, such as the IBA houses by John Heyduk. 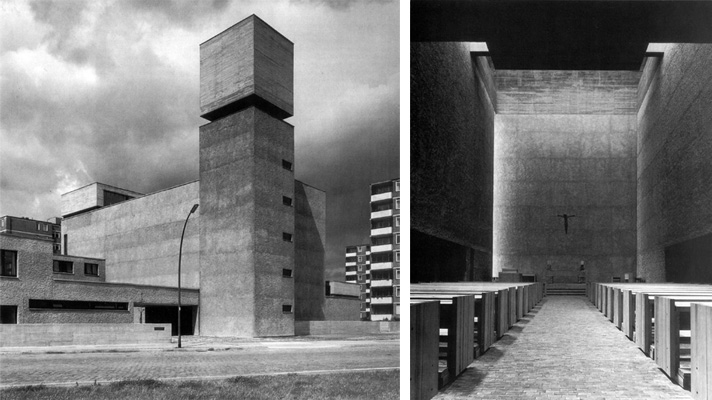 Our thesis on the relevance of the topic is that in brutalism in the critical processing of classical modernism and post-war modernism, a laboratory situation was created in which long-term tendencies of modern architecture have been tested for the first time to this day. In addition to the aesthetic and formal course-setting that manifested themselves in later minimalism, for example, the ethical, i.e. the social and political subtexts of brutalist everyday architecture also had a lasting influence on later discourses in architecture and urban planning, such as the Las Vegas and suburbia-oriented postmodernism of Venturi , Scott Brown or Dirty Realism in the late eighties, which resulted in a new urban discussion on the Urban Sprawl. Seen in this way, the contribution to brutalism is also a component in the balance sheet of newer architecture after postmodernism.

An important concern of the conference is to establish and test criteria and standards for the evaluation of brutalist architecture. It is important to cultivate a sensitive perception of this threatened building culture in good time. 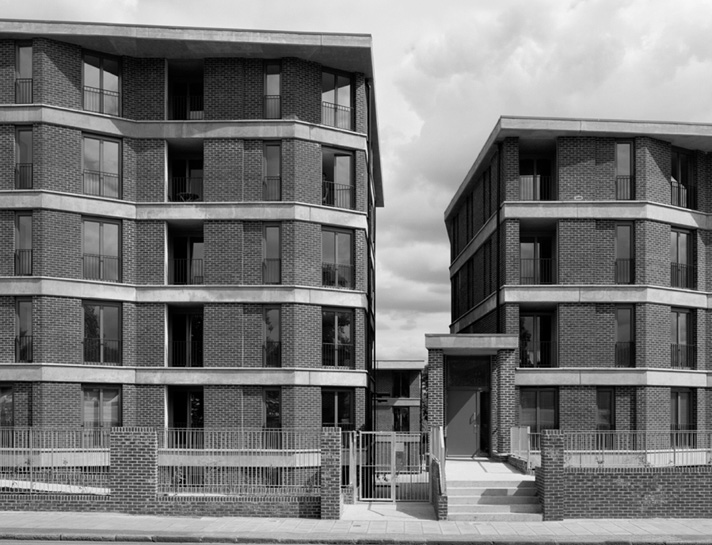 The symposium will initially analyze architectural theory and the state of research on brutalism as a theoretically guided building practice in contributions from the elder statesmen. Subsequent central laboratories of the brutalist movement are to be reconstructed historically in more detail in country studies, whereby their mutual interconnections must always be reflected on. As a turning point, but also as a crisis factor in late modernism, brutalism essentially points beyond its own time to the present. New interpretations of brutalism have not just been built since today, for example in Switzerland and Great Britain. In its underground effects, which are increasingly perceived today, it is currently enjoying a considerable boom. Therefore, in a third part of the conference, this history of the effects of brutalism up to the present will be dealt with. For this purpose, research fields are to be developed and follow-up questions to be formulated.