What is the meaning of a monologue

The monologue in literature

The first monologues were in dramas and on the theater stage. In the early days of ancient drama, there was only one actor and the choir on the stage. So the actor spoke the whole play alone. Only later was a second actor introduced and with it the dialogue.
But the monologue has remained a popular stylistic device to this day. The monologue from Shakespeare is considered the most famous self-talk in theater history Hamlet, which begins with the familiar words: "To be or not to be, that is the question here ...". The person on stage does not address any interlocutor in their monologue, they are talking to themselves.
With the self-talk, the actor can reveal his feelings to the audience, comment or summarize what has happened so far, think about something or bridge the time in which he is alone on stage.
There are even entire dramas in which only one character appears and speaks alone all the time, so-called Monodramas. Johann Wolfgang von Goethe, for example, has the monodrama Proserpine written. 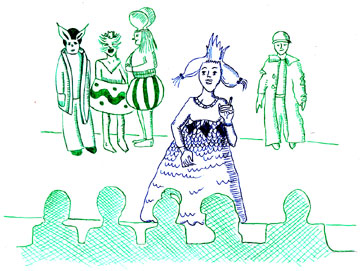 In the epic literature there are also monologues. These are narratives that are written in the first-person form, i.e. a first-person narrator depicts the event, for example in an autobiography. But also the letter or the diary are part of it.

But especially in poetry you can find innumerable monologues. Because this genre is known for expressing thoughts and feelings of a single person. And that is why many poems consist of the monologue of lyrical i as in Joseph von Eichendorffs Moon night:

It was as if heaven had
Silently kissed the earth
That they shimmer in bloom
You have to dream of him now.

The air went through the fields
The ears of wheat swayed gently,
The woods rustled softly,
The night was so clear.

And my soul tensed
Spread her wings
Flew through the still lands
As if she was flying home. 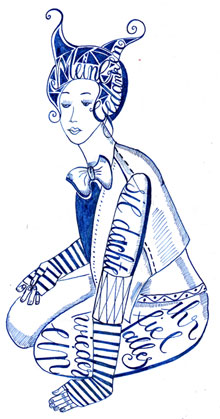 The inner monologue is a special form of the monologue, which is used deliberately, especially in modern narrative texts. It is used as a means to better represent the thoughts, feelings and impressions of a character for the reader or the listener. However, the monologue can also emphasize the loneliness of a character because there is no one to speak to but herself. During the inner monologue, the narrator too steps back completely behind the thinking and feeling figure and leaves them alone.
Since the 20th century the inner monologue also a popular stylistic device in children's and youth literature. You can recognize him by the fact that he / she often begins with phrases like "he / she thought ...". Sometimes the whole thought is marked with quotation marks, like a conversation. Then it appears as if the character is speaking, but actually it is a silent self-talk that the reader witnesses.

The inner monologue is also often used in radio plays in operas, as an aria, or in films. There it is the so-called “voice from the off” that expresses the thoughts of the person who is currently shown in the picture.

Do you want to quote this lexicon article in a written work? Then you can use this reference: