What is Bitly rated at

For ten years now, marketers and publishers around the world have been using Bitly to shorten URLs. Today, the New York-based company offers much more than just a free URL shortener. Over 1,000 brands track, analyze and optimize marketing campaigns, customer communication, etc. via the link management platform. We explain the business model of the now profitable company - and reveal what Bitly does with the data from up to eleven billion link clicks hires per month.

"We get nine, ten, eleven billion clicks each month from more than four billion unique browsers", explains Mark Josephson in an interview in the podcast "Deciding by Data". "So we do see most of the world on a monthly basis. And that provides a lot of opportunity and a lot of interesting brainstorming about what we could do with that visibility. ”Josephson has been Bitly's CEO since September 2011 and is largely responsible for the company's transformation.

Bitly was founded in 2008 within the startup builder and early-stage investor Betaworks (including Giphy, Digg, Tweetdeck, Tumblr, Medium), which was launched in the same year. The intention behind the product is simple: Since Twitter was really a short message service back then, where links were also limited to 140 characters, there was little space for additional, personal text. Bitly is supposed to solve this problem, as a URL shortener, significantly shortens the links and thus creates more space for the actual message.

A company without a business model 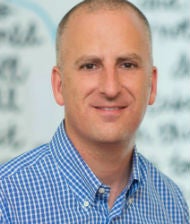 Although originally intended as a tool for Twitter that loosens up the character limit thanks to shortened URLs, users are quickly starting to use the service on other platforms as well. In some cases, there is significantly more space available for text on Facebook or LinkedIn, so that a shortened link does not necessarily matter. Nevertheless, users appreciate the lean analytics area of ​​the service early on. If users apply the Shortener across platforms for all content, the channel performance can be compared in a single dashboard.

Millions of users with rapid growth and funding totaling 15 million US dollars until October 2010, there has long been a not entirely irrelevant catch to Bitly's business model: it does not exist. “We were totally free, largely,” says Mark Josephson at Deciding by Data. "We had to sell product. We had to build a business. "

In September 2011 Twitter announced that from now on it would only use its own shortener t.co. Since then, every link posted on the platform has been automatically shortened with Twitter's own solution - regardless of whether it was previously shortened with an external shortener. According to Mark Josephson, however, this is not a problem for Bitly, as some had feared. For years, Twitter has only been responsible for less than ten percent of the total traffic volume.

Khosla Ventures (Appnexus, Square), RRE Ventures (Buzzfeed, Giphy) and Oreilly AlphaTech Ventures (Codecademy, Openx), who invested another 15 million US dollars in the still deficit startup in mid-2012, see it that way. Around a year later, Mark Josephson (previously founder of the hyper-local publishing platform Outside.in, which went to AOL at the beginning of 2011) took over as CEO and has since focused on business with major brands and companies.

Regular customers in the Fortune 500 and the Exit

As a result, Bitly is changing from a free link shortener looking for a business model to a software-as-a-service product that companies pay monthly fees to use. Initially just two sales people quickly grew to over 30, and in 2015 the startup made the step into profitability. According to CEO Mark Josephson, out of a total of over 1,000 companies who pay an average of $ 1,000 per month for a Bitly account, over 330 come from the Fortune 500 list, the ranking of the top-selling companies in the United States. 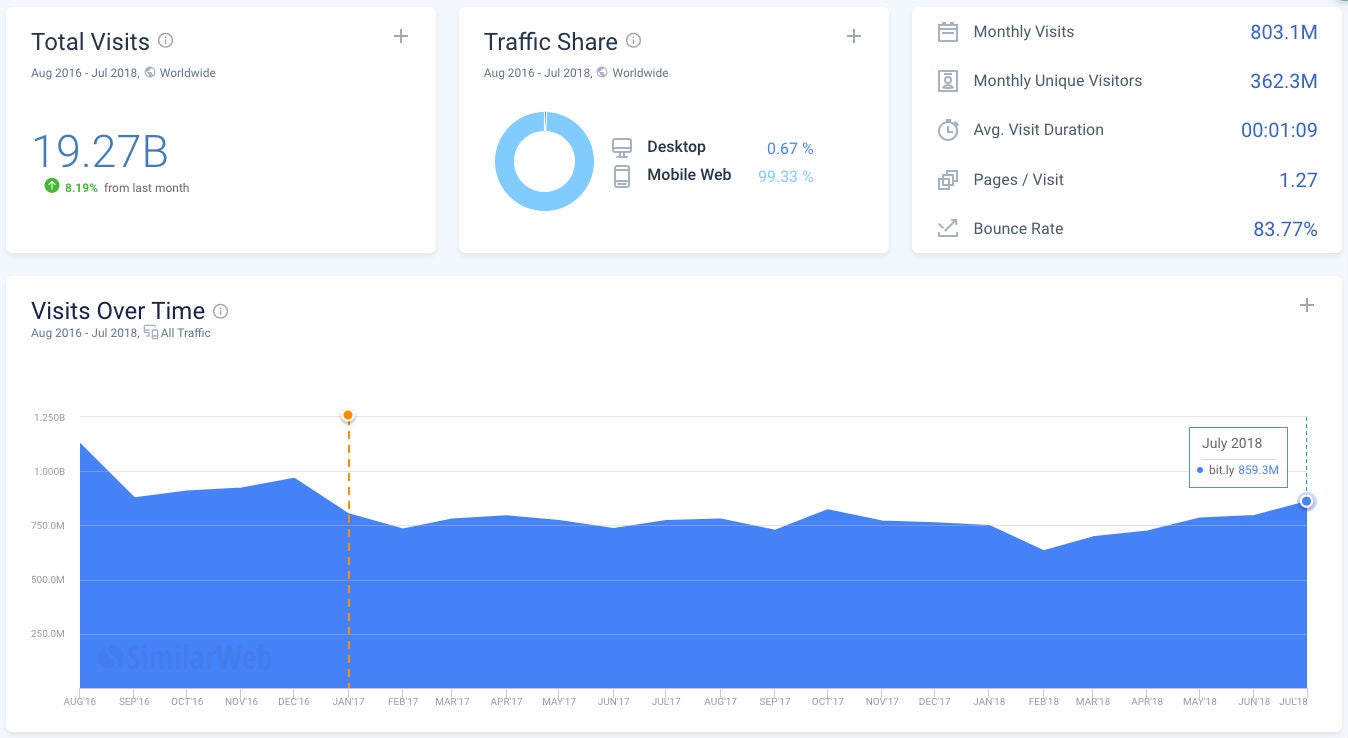 Bit.ly is one of the 100 largest websites in the world according to Similarweb.

The growth and the simultaneous establishment of a functioning business model (around twelve million US dollars in sales per year according to the above information) does not go undiscovered for long. In July 2017, Spectrum Equity invested 63 million US dollars and acquired the majority of the company. Spectrum's Pete Jensen, who will get a seat on the board of directors as part of the deal, describes Bitly as one of the strongest brands on the internet. According to Recodes Peter Kafka, the deal was based on a company valuation of almost 100 million US dollars.

Although the original problem of why Bitly was founded hardly exists anymore, the company seems to have found a long-term functioning business model with the SaaS approach as a link management platform. And, according to Mark Josephson, there is still a lot of potential for growth: "70 percent of our volume comes from our free product," said the CEO. In addition, the potential outside the USA is huge: "Most of our usage comes from outside the US, but we haven’t really gone to market in an efficient and direct way internationally."

The currently greatest but so far unused potential is likely to be in the huge amounts of data that Bitly collects month after month. This is enormous thanks to the size of the brand and the API integration in 39,000 different applications such as share buttons. "Any time you click on a Bitly link, whether you see it or not, it's a 301 redirect through our product and our server, so we drop a first party cookie," explains Mark Josephson at Deciding by Data. An unrecovered treasure trove of data with which the company has apparently not done so much so far. "I do have a tremendous amount of data visibility into trends and consumption across the globe. And across every category and across every platform, ”said the CEO.

A conceivable monetization of the data in the form of paid studies and industry reports is conceivable, but under strict conditions. Data from individual companies will never be published or made available to competing companies in the same industry in return for payment. Mark Josephson says: "There is opportunity to build some benchmarking products and some other sort of insights that we can help share, but we're never going to cannibalize the data for competitive benefit." Nevertheless, he has specific goals for Bitly's future: " I want every company in the world to be a Bitly customer. ”Alternative services such as Google's Shortener, which will be incorporated into the“ Firebase ”platform in 2019, or Rebrandly will probably have something against this.