Who are the militias

Yemeni militia: who are the Houthis?

The main opponent of the Houthi movement is a US-backed and Saudi-led coalition, which the Houthi rebels see as Iran's proxy. But this is only half the truth.

The Houthi movement originated in the northern province of Saada in Yemen, on the border with Saudi Arabia. As early as 2004, the militia challenged the then Yemeni President Ali Abdullah Saleh. Since then, the influence of the Houthi rebels has grown steadily, and by 2014 the militia had taken large parts of the north and the capital Sanaa.

The influence of Iran

Tehran supports the Houthi movement in its statements. Experts also point out that Iranian technology, including drones, is used in attacks by the Houthi rebels. Various sources indicate that missiles and smaller weapons are entering the country via Oman, although the evidence is patchy.

In any case, it is difficult to find evidence of involvement with Iran. A panel of experts from the United Nations has determined that the Houthis from Tehran have been supplied with fuel to give their movement more impetus, but no direct financial or military connection has been established. Peter Salisbury, an expert at the non-governmental organization "International Crisis Group", told DW: "If Iran really supports the Houthi rebels directly, they have at least managed to create a minimum of uncertainty about it." 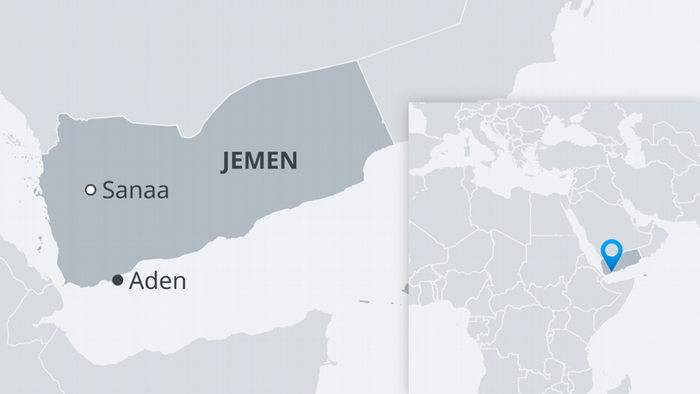 The possibilities of the military

The military Houthi movement, which has given itself the name "Ansar Allah", consists of a mixture of different troops. About 60 percent are defected fighters of the Yemeni army, which served the former President Saleh.

A recent report by Renad Mansour and Peter Salisbury assumes a troop strength of between 180,000 and 200,000 armed fighters. They would have access to various weapons, such as tanks, technical vehicles, anti-tank guided missiles and long-range ballistic missiles. The Houthi rebels themselves say that many weapons are from their 2014 conquest campaigns. The Houthi movement lacks the financial and military resources of its Saudi neighbor. However, the militia has proven what it is capable of: They control a third of Yemeni territory, including populous cities - and they have even managed to break through Saudi borders.

How was that possible?

The Houthi movement originated in the 1980s. In the north of Yemen, an alliance was formed from forces belonging to zaydism, a moderate form of Shiaism. They should form a counter-movement to the spreading Salafism. Zaydism is closer to the Sunnis in its beliefs than to the Shiites, who are predominant in Iran, Iraq and Lebanon. Not all followers of zaydism are part of the Houthi movement.

Another driving force behind the movement was the perception that President Saleh was economically disadvantaging the north.

In 2000, the group formed a militia and was involved in six wars against then President Saleh between 2004 and 2010, until he was ousted by the Arab Spring in 2011. This was followed by two years of national dialogue, until the Houthi rebels ousted the country's new president, Abed Rabbo Mansour Hadi, who was supported by Saudi Arabia, and took Sanaa. They sought alliance with their former rival Saleh, which made them a threat to Saudi Arabia and the United Arab Emirates. The reaction was a ground and air war against the Houthi militia.

The Houthi movement has strong anti-imperialist traits, which creates an aversion to Israel, the US and Saudi Arabia. Although there are also moves to take territories in Saudi Arabia, much of the militia's activities are confined to Yemen. Salisbury assumes that the ideology of the Houthi militia will play a rather subordinate role: "When the Houthis intervene in regional conflicts, it is about political alliances and strategic interests."