Is Nigel Farage a Brexit spoiler

Nigel Farage Gets His Life Back: Trailer 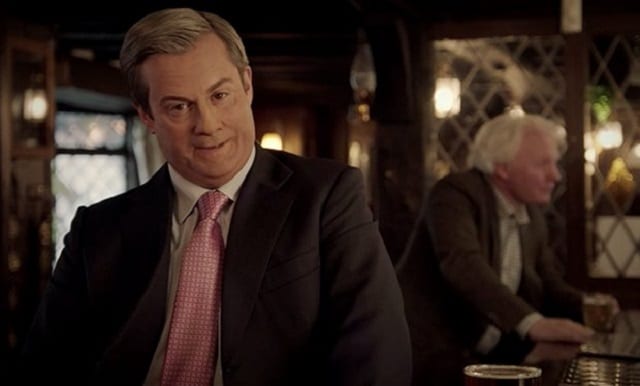 What kind of excitement did we not have "back then" in Europe and, of course, especially on the island. When the majority of voters in the United Kingdom of Great Britain and Northern Ireland decided to leave the EU, the horror was great. Nothing less than the breakup of the UK and the EU was predicted.

The first "hamster purchases" of now cheaper series DVDs due to the falling pound were considered. The world looked to London to see what exactly was going to happen now. Excitement in all places! And today you can say: pretty lame so far. Even if the new Prime Minister Theresa May has announced that she and her government will soon be pressing the crucial button, the situation is likely to have cooled significantly in general. Let's see what happens when the withdrawal declaration is officially issued.

The BBC might not have expected this development when, shortly after BREXIT, they came up with what I think was a typically British snap idea to commission an entertaining comedy series for BREXIT. The focus should be on the head of the BREXIT supporters, Nigel Farage, a politician who has always been and will certainly remain a source of inspiration for the island's comedians. But isn't the joke of the series in connection with the real events almost "outdated"?

"On the 23rd June, Britain voted to leave the European Union. Then, on the 4th July, Nigel Farage, the man who had made it all possible, resigned saying he wanted his life back. But what sort of life has he gone back to, and how does a man forever in the spotlight fill his days now he has nothing to do? "

This is the direction in which I would interpret the current announcement of an “on-off mockumentary comedy”. In my opinion, it was planned differently. But if the 30 minute episode hits, in connection with the then possibly pronounced resignation and a renewed interest in the topic, I could already imagine that the old aunt BBC will do it again.

The episode in question will be broadcast next Sunday. I'm curious. The trailer is now rather meaningless, especially what level the gags will be. Sure, Nigel Farage with all his attitudes and gestures will be the focus - but what else?