The oldest known cancer cell line leads to Siberia and begins around 11,000 years ago: a dog that resembled a husky was the first to be affected. A tumor grew in the animal. One whose cancer cells continue to divide to this day. Because the cancer migrated from one dog to the next. This is why researchers today know astonishingly exactly what this dog must have looked like.

This cancer is called CTVT (Canine transmissible veneral tumor) or sticker sarcoma. While the disease is common worldwide, it mainly affects stray dogs. It was first described in 1876 by M. A. Novinsky. At first, hardly anyone wanted to believe that transferred cancer cells trigger tumors growing on the genitals. Viruses have long been on the list of possible causes. A virologist of all people, Claudio Murgia, then proved that the disease is not caused by viruses. In his doctoral thesis in 2004, he showed that all examined CTVT samples - whether from Nairobi, Italy or India - have a common origin. 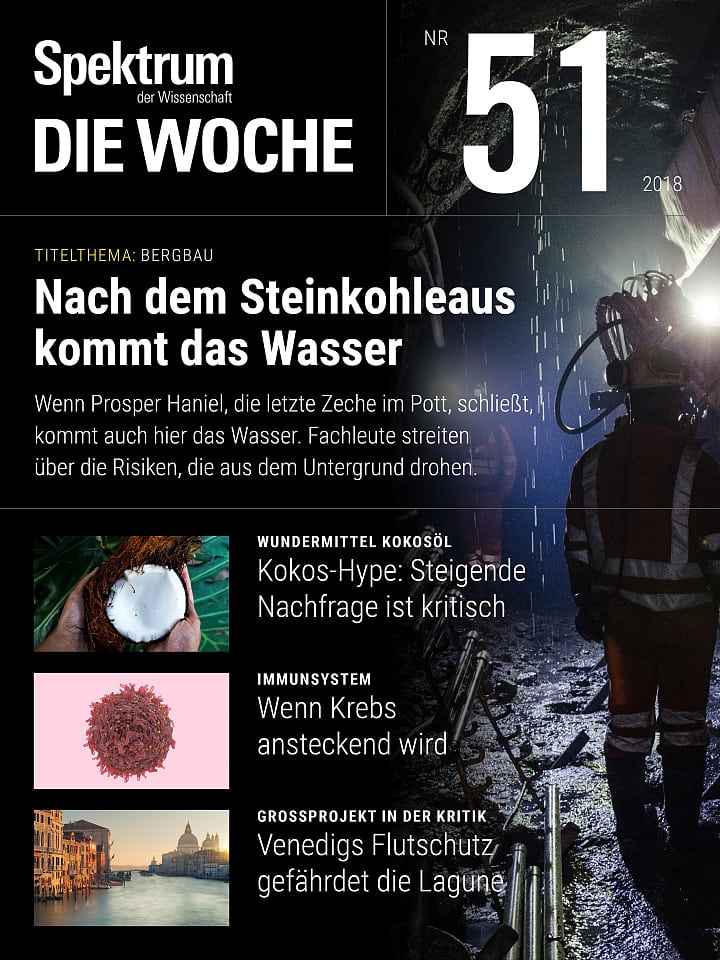 Ten years later, Elizabeth Murchison discovers exactly where this common origin lies: in Siberia. Born in Tasmania, she heads a research group at the Institute of Veterinary Medicine at Cambridge University that studies communicable cancers. When she started this work, only two contagious cancers were known in nature, now there are eight. They attack dogs, various types of mussels and Tasmanian devils.

"When I started my work about ten years ago, I wanted to help the devils," Murchison says over a cup of tea in her small office on the second floor. On the opposite wall is the front page of a Tasmanian newspaper dated December 30, 2015. A thick lettering, all capitalized, no picture: »NEW CANCER HITS DEVILS - SCIENTISTS SHOCKED«. A particularly aggressive facial cancer has been rampant among the Tasmanian devils since the nineties, to which up to 90 percent of the animals have already succumbed. A few years ago researchers also discovered a second form.

What began as an attempt to save the devils from extinction became a much larger project. “Over time, I wanted to understand how cancer can become contagious in the first place,” says the geneticist. And whether cancer could also become contagious in humans. Murchison is working on her PhD in the United States when researcher Clare Rebbeck visits the lab and tells her about CTVT. And the fact that the disease is presumably spread by individual cancer cells. Murchison is intrigued. After all, tumor cells usually stay in the body in which they arise - even if they spread. How were they able to get into a foreign body and continue to grow there? To do this, they would not only have to overcome the body's limits, but also the immune system of the new host. So you need a transmission route and a tactic.

The former is apparently easy to identify. The tumor grows on the genitals in most dogs. In this way, they catch the cancer cells when they have sex with an infected animal. Although the mating takes less than a minute, the dogs can still be connected to each other up to 30 minutes later due to anatomical features. The male is literally stuck in the bitch's vagina until his penis is completely swollen. Premature attempts to disconnect can lead to injuries. One theory is that such injuries help cancer cells migrate into the body of the next animal and establish themselves there. "But I don't think it's necessary," says Murchison, "because CTVT can sometimes be found in other parts of the body."